Growing up, I was a massive Mork and Mindy fan and once nearly drowned trying to drink milk upside down on the couch whilst watching an episode. To this day anytime I see an egg-shaped anything, I automatically think “nanu-nanu.” I think Mork would have loved this PowerEgg drone. 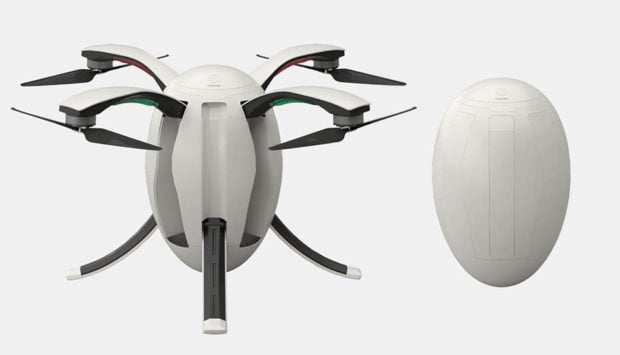 It’s egg shaped (nanu-nanu) and has four rotors that can be folded into its egg body for storage. It comes with a 4k camera that can stream HD resolution video wirelessly over a 3.1-mile range, as well as a gimbal for stabilizing video. It’s also capable of shooting 360º panoramic video, and a unique positioning system to help it navigate both indoors and out. It also has a two-handed controller and a slick motion controller dubbed the PowerEgg maestro.

That controller has buttons for takeoff and landing and allows you to use gestures to control where the drone is. This thing isn’t exactly cheap at $1,288 but if you pre-order you can get a storage backpack worth $200 for free. The pre-order special is good until September 30.