Think your man cave is cool? Check out Marc and Jennifer Bell’s Star Trek themed home theater and bar. It was a labor of love that took four years and $1.5-million to complete, and puts other home theaters to shame. 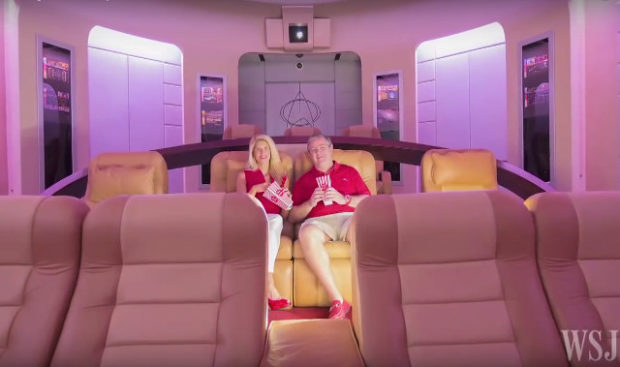 The theater itself is modeled after the USS Enterprise’s bridge from The Next Generation. The doors even open like real turbolift doors. There is also an estimated $1-million of Star Trek memorabilia here, including original models and costumes, Spock’s ear prosthetics included. Most of the chairs recline, just in case you want to fall asleep – which is likely to happen if you’re watching the JJ Abrams Trek movies.

I know it’s TNG era, but those seats really should have some tribble cushions.