Octobot Is a Soft and Squirmy Robot

A team of researchers at Harvard have developed Octobot, what they claim is the first autonomous soft robot with no rigid components. That means it’s all soft and squishy (and creepy.) The octopus-shaped robot has a silicone body and uses a 50% hydrogen peroxide fuel that flows through a microfluidic circuit where it reacts with platinum. That is how it does its little dance. 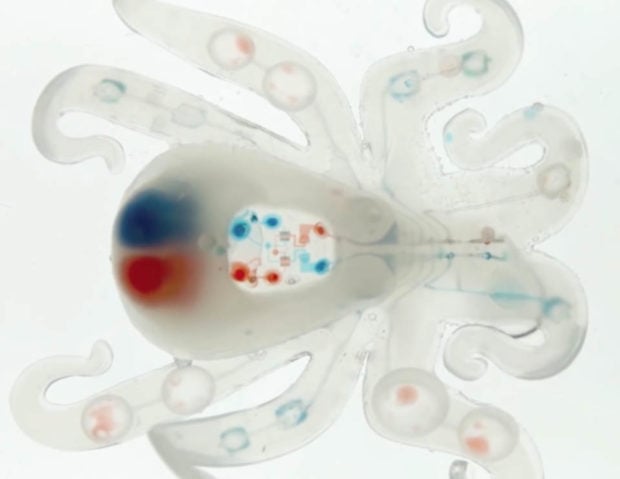 So what else does it do? Nothing really. It’s pretty useless. It is just an example of what could be possible in the future, using soft materials and techniques like 3D printing.

I wonder when they are going to make a giant Kraken that dances. Science likes to do stuff like that. Then it can go out of control and kill us all.

[via Nature via Laughing Squid]