4K displays are becoming more and more ubiquitous these days, with prices dropping dramatically in the last couple of years, it’s now possible to get your hands on a UHD display for as little as $400 these days, depending on the size and other features, of course. One feature that’s started to show up on the mid- and higher-tier displays is something called HDR – also known as high dynamic range video. HDR can make a huge difference in the quality of images, and the premier version of the technology is called Dolby Vision. 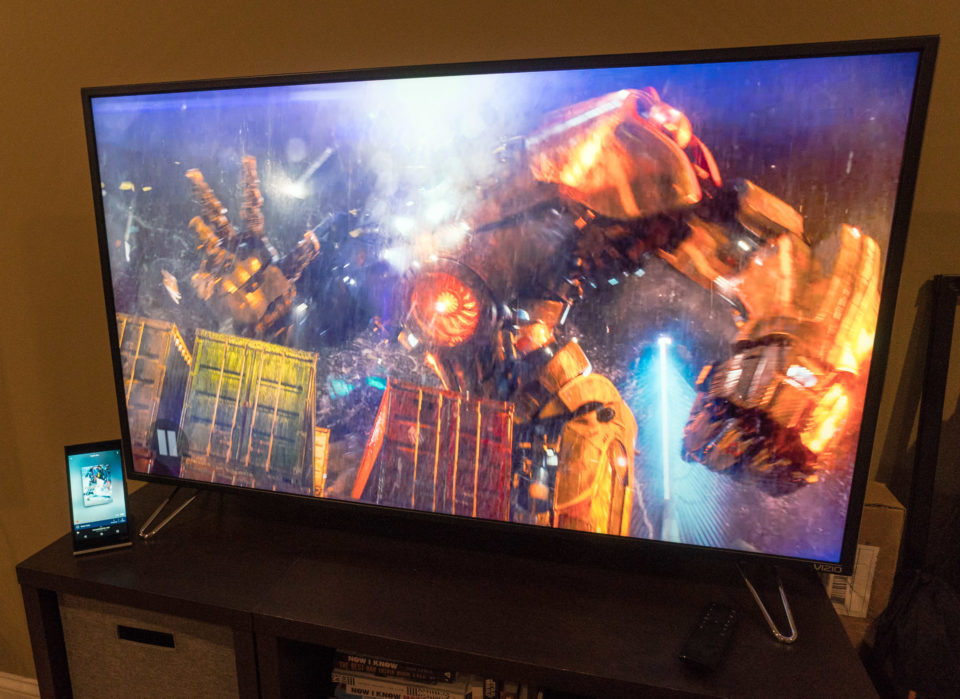 I recently spent some time with one of Vizio’s latest 4K UHD displays which supports Dolby Vision, the 50″ Smartcast M-Series display. Packing the latest in display technology, along with a whiz-bang new interface powered by Google ChromeCast, it packs quite an impressive punch, especially given the fact that it’s currently available for just $749.99. The 65″ M-Series isn’t that much more, at just $1299.99, and displays are available all the way up to 80.” 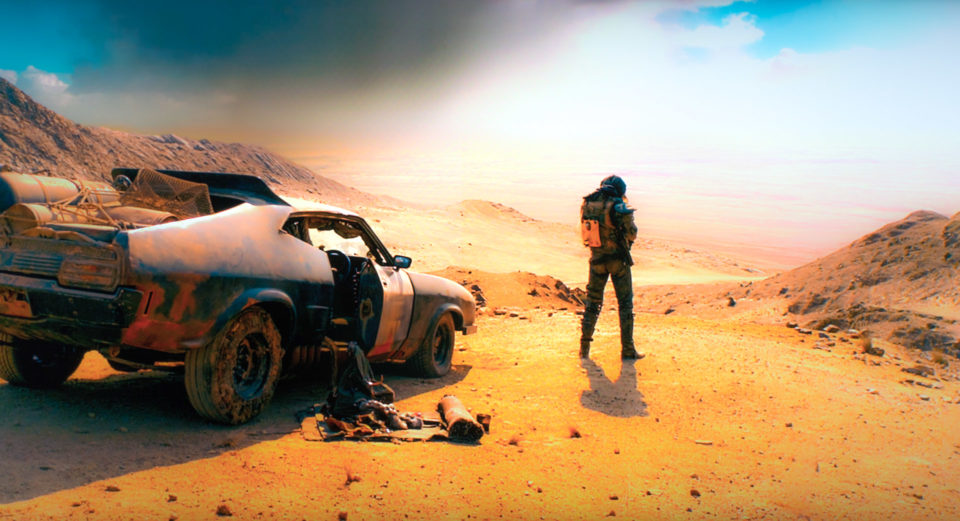 You might think that a 4K display is all you need to enjoy the highest quality image, but you’d be wrong. Videos encoded with Dolby Vision tech produce the most astounding range of color, contrast and depth ever seen on a home theater display. What this means in real world terms is that movies come to life in ways that frankly look even better than they do on in the theater. 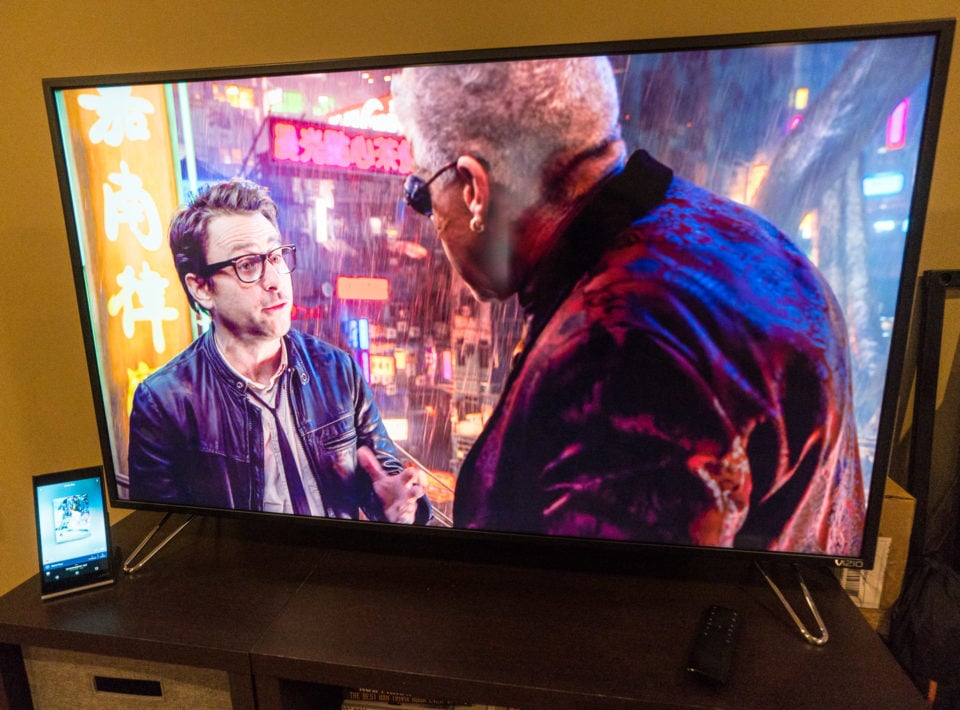 What Dolby Vision does is provide a much wider range between the darkest darks and the whitest whites, producing an impressive level of depth and immersion. In fact, watching HDR 4K titles in Dolby Vision is more satisfying than watching a movie in 3D, since there are no pesky glasses, or the artifacts and headaches that come along with them. Colors are insanely vibrant, and light sources literally pop off the screen. In purely technical terms, Dolby Vision is capable of reproducing a range 0f 0.0001 to 10,000 nits of brightness – though the HDR displays on the market today peak out at 4,000 nits – but that’s still up to 40 times brighter than conventional display tech. 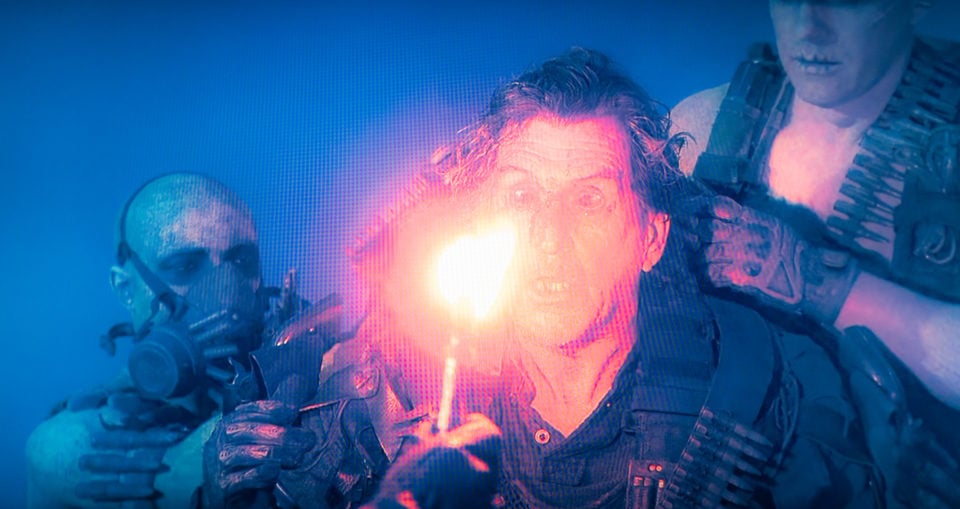 Regular displays start to wash out and lose color saturation in as they approach peak brightness. But with Dolby Vision, those areas can retain their color. This is best observed in movie scenes with colorful light sources, like the bright illumination on the Jaegers in Pacific Rim. 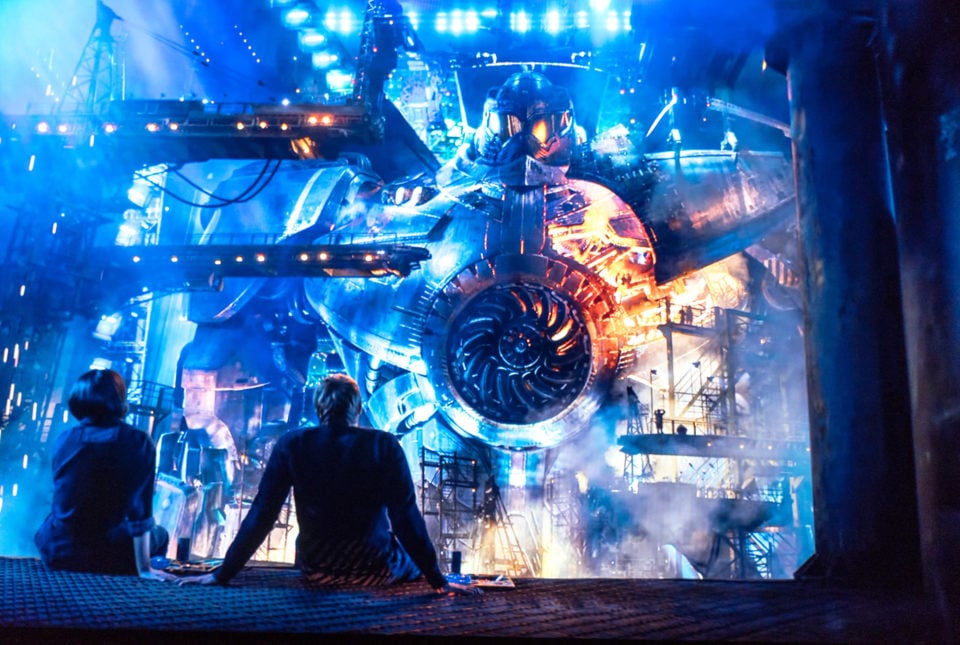 The high dynamic range also makes things like beams of light punch through and pop straight off the screen, and scenes where there are bright flashes like lightning are especially effective and intense. The explosive storm scene in Mad Max: Fury Road is particularly awe-inspiring when viewed in Dolby Vision.

Part of what makes Dolby Vision work so well is that it’s encoded during the movie production process, capturing color and contrast inherent in the source material, but heretofore unseen by viewers. Color grading and tuning is done by moviemakers on Dolby Vision displays, so what you see at home is closer to what they saw in the studio than ever before. 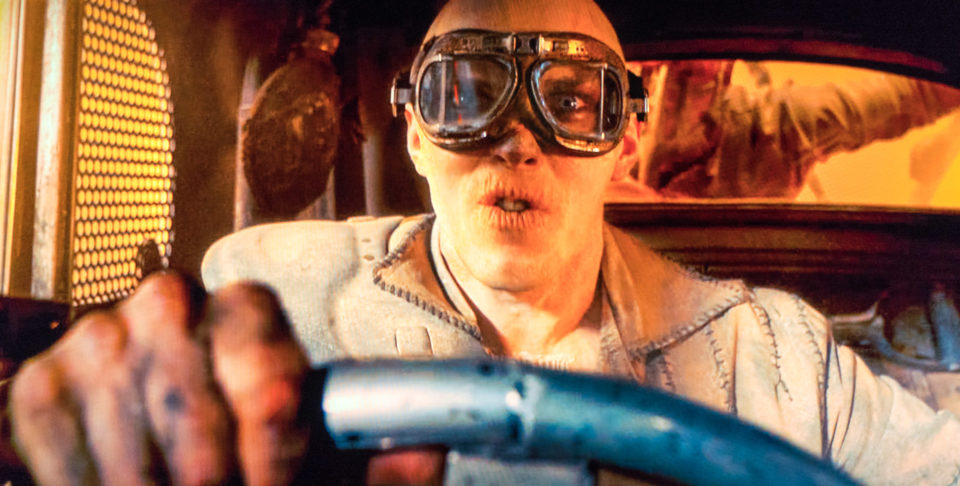 As amazing as the picture quality is, there’s still not a massive amount of Dolby Vision encoded content available. I found the best source to be VUDU, who currently has about 50 4K UHD titles, many encoded with Dolby Vision, as well as Dolby Atmos sound – which adds great dimensionality to the audio. In addition to the aforementioned Pacific Rim and Fury Road, some of the other titles worth checking out are The LEGO Movie, Batman v. Superman, the Sherlock Holmes movies, and Oblivion, among others. You can also find a handful of Dolby Vision content on Netflix, but they have plans to release much more, including its Marvel originals, like Daredevil, Jessica Jones, and Luke Cage. 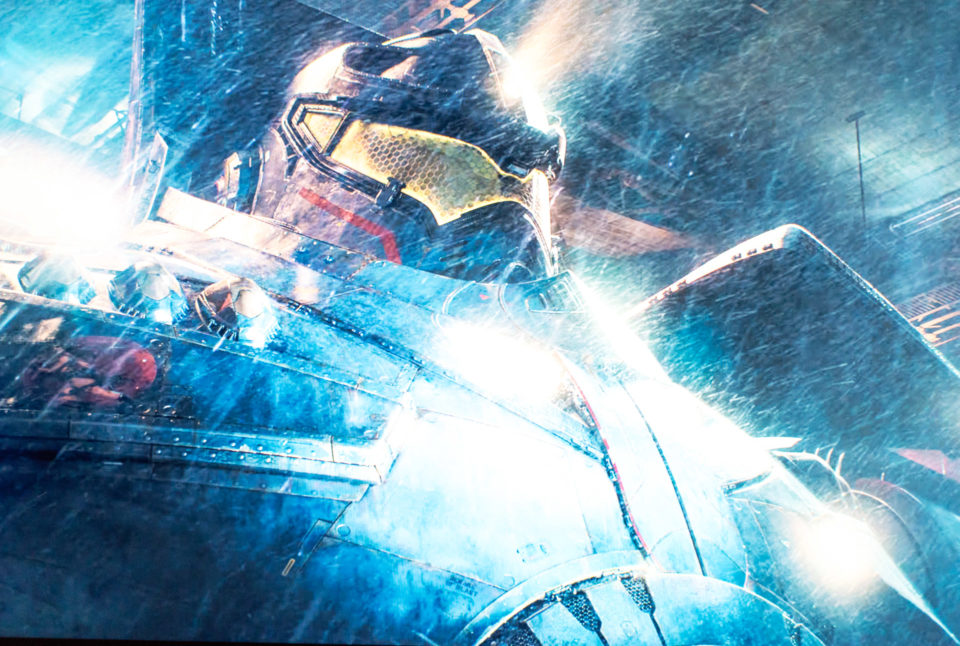 For content not encoded in Dolby Vision, the Vizio M-Series still offers an impressively sharp and vivid image, minus the color and contrast pop you get with HDR content. Thanks to a recent firmware update, the displays also support HDR10, a less robust HDR tech, most frequently used on UHD Blu-Ray discs. HDR10 only offers 10-bit color, while Dolby Vision requires 12-bit color, providing a much broader color gamut than HDR10. In addition Dolby Vision offers greater overall precision, since its content can be dynamically adapted to the specific capabilities of the display it’s being viewed on. 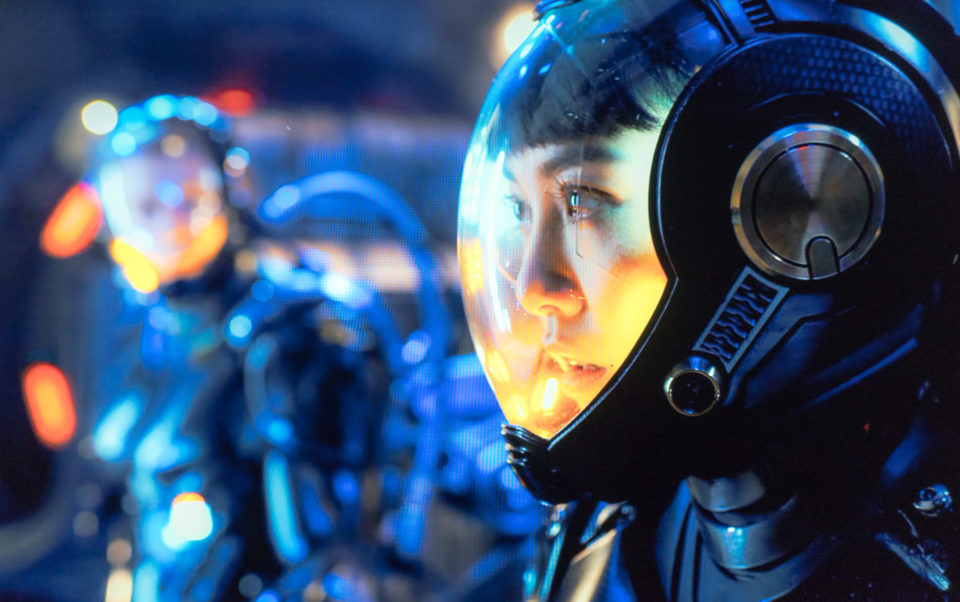 I’ve done my best to capture what I saw in my Dolby Vision testing, using photos that I captured directly from the screen of the Vizio M-Series display. However, no photograph can fully capture the true image quality of Dolby Vision tech, so I recommend heading down to your local electronics store and asking for a demo in person. Personally, I’m ready to upgrade my display so I can take advantage of this incredible visual technology. 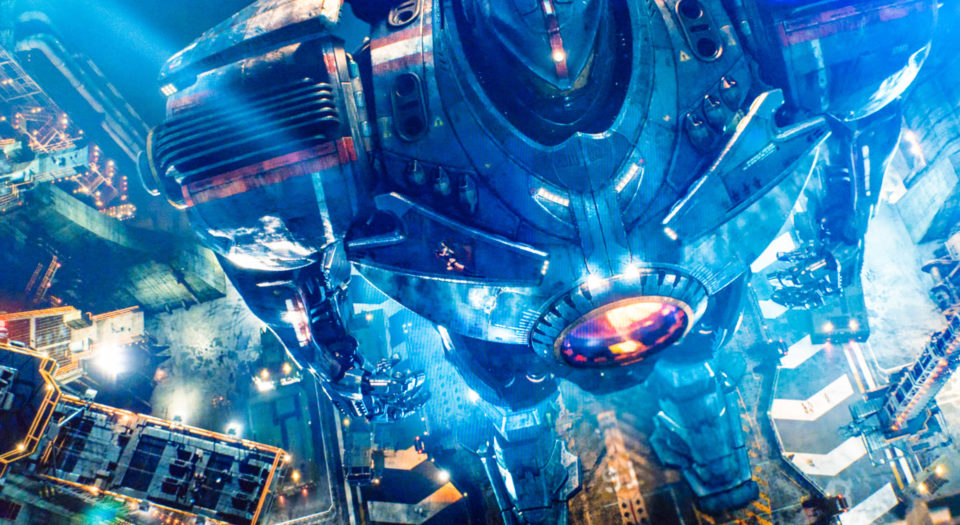