Jet Engine-Powered Merry-Go-Round Is a Scary-Go-Round

I’m too big of a chicken for most carnival rides. All I can think about is something going wrong and me dying. If you’re going endanger your life, go big or go home. Ride a merry-go-round powered by real jet engines rocketing you around in circles, like some crazy cartoon contraption. 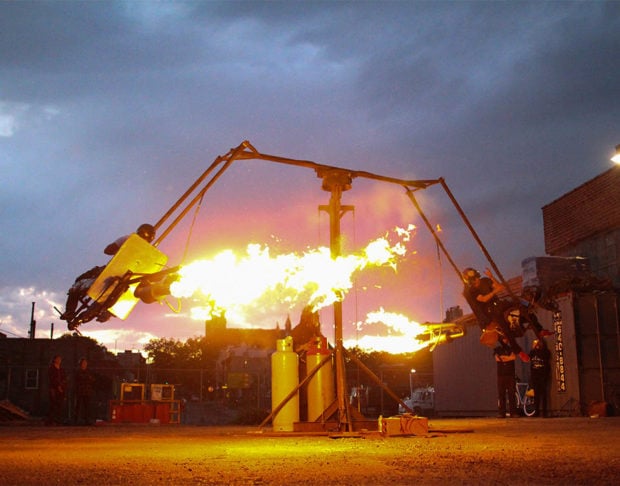 This insane ride was built by the Brooklyn-based Madagascar Institute, and has shown up at a few fairs over the last several years. It only accommodates two riders, because if you had more, everyone would be hit in the face by the afterburners. If you punched those jet engines to the max, you could probably pull some serious Gs.

[via Sploid via The Awesomer]