I go into Target every now and again when I am in a hurry, don’t mind spending a few extra bucks, and don’t want to stand in the line at Walmart. If you’ve ever noticed, Target locations always have those big red balls out front that are mostly just things for kids to climb on. 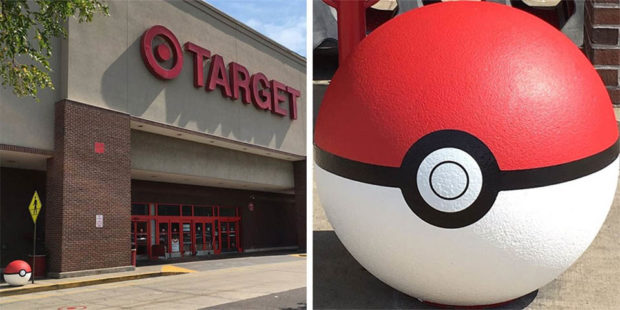 I assume they are really meant to give you a place to hide from that 80-year-old lady who gets confused between the gas and brake, if you don’t want to get squished. Now, Target is taking those red balls and is turning them into giant Poké Balls in an effort to seem more hip.

They may be a bit late to the party with recent reports showing that the popularity of Pokémon GO is on the decline. Still giant Poké Balls are cooler to look at than plain red balls and either one will keep said old lady from crushing you with her car.

[via Polygon via Nerd Approved]