Cthulhu Hourglass Counts Drop by Drop to Your Doom

This Cthulhu hourglass will count down the remaining moments of your life, leading your impending doom. Inside the hourglass, a gooey red liquid appears to be the same sort of colored, thickened goo that is used in those cheap toys you see in the mall. 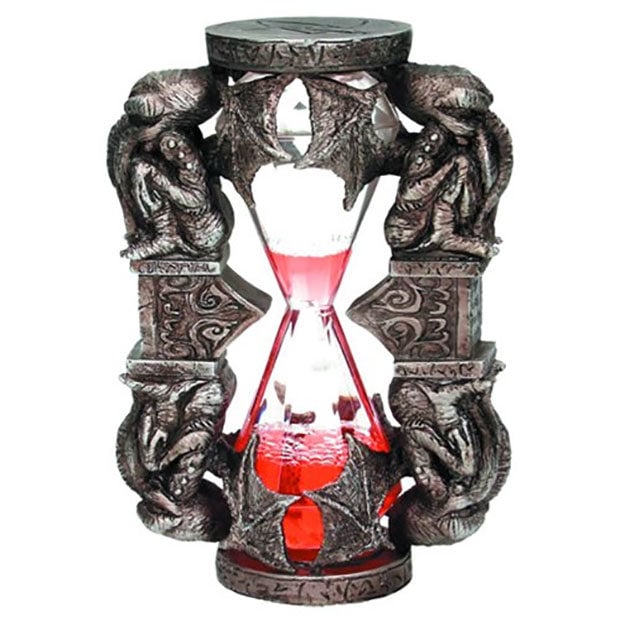 It would be cooler with blood red sand inside, I think. Presumably, the hourglass is made from some sort of cast resin material and it’s unclear exactly how large the thing is. If you’re willing to take a gamble on all the unknowns, you can preorder your own for $36.99(USD). Entertainment Earth says that it will ship in January 2017.

The last time I needed a hourglass was at some point in the ’80s when I actually thought Yahtzee was cool.