We aren’t taking sides in the election. If you ask me, both candidates are pretty useless. One thing is for sure, you won’t be able to unsee this LEGO Donald Trump head. LEGO MOCs by KOSTISTLAC made this video of Donald Trump as a LEGO robot as he offers up a wacky rant about a defective microphone. 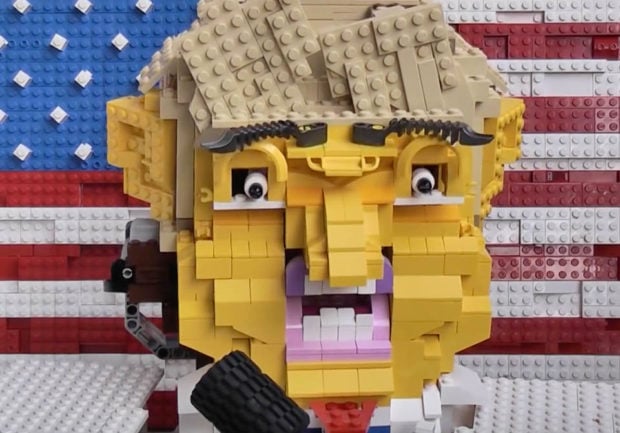 What else can you say about a creepy talking LEGO Trump head? I do wish I could unsee it, but I can’t. And now, you can’t either. This is some serious nightmare fuel right here. One thing though; the hair is not weird enough – or big enough.

I bet this thing wants to build a giant wall made out of LEGO bricks to keep illegal minifigs out of LEGOLAND.

[via Pleated Jeans via Incredible Things]