Of course NASA used a creepy robot to test space suits meant for real-life astronauts. Because they can. That’s always the reason for creepy robots. The Power-Driven Articulated Dummy as it was apparently called, was designed specifically for NASA by the IIT Research Institute, and used to test space suits between 1963 and 1965. 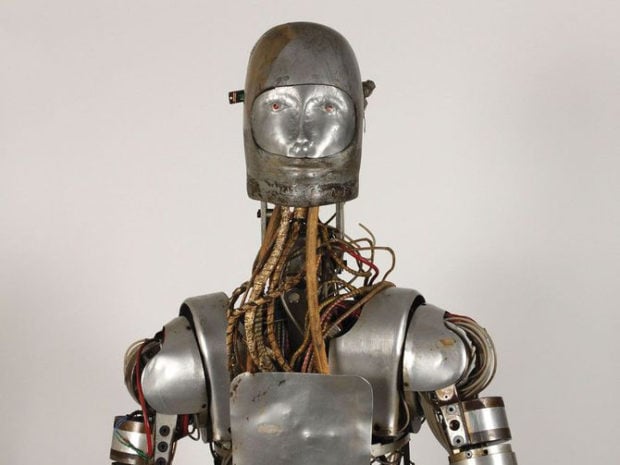 NASA used it to measure things like how much pressure was being applied by their space suits, what kind of internal pressure was being kept stable, and various other pieces of data. I also think they just liked playing dress-up with a creepy robot. Scientists are like that. If you’re into space memorabilia, or generally creepy things, you can buy it if you want since it’s currently up for sale as part of RR Auctions’ Remarkable Rarities Auction.

The robot is adjustable between 5’5″ and 6’2″ to represent the typical American male, it also has nylon tubes that act as its circulatory system, complete with oil flowing through them. There were only two of these robots made. One robot has a permanent home at the Smithsonian, but the other, slightly damaged one could go for over $80,000 to the right bidder during the upcoming auction. I would love to know who buys a robot this creepy.

If you are interested, online bidding begins on September 15th and the live auction is happening on September 26th.

[via C|Net via Engadget]