In Sumo wrestling, two fat dudes wearing tiny outfits try to push each other out of the ring. It’s a lot of weight, and a lot of flab flying around the round ring. Robots don’t have to worry about packing on the pounds. They just go at it and fight! This is robot sumo wrestling. 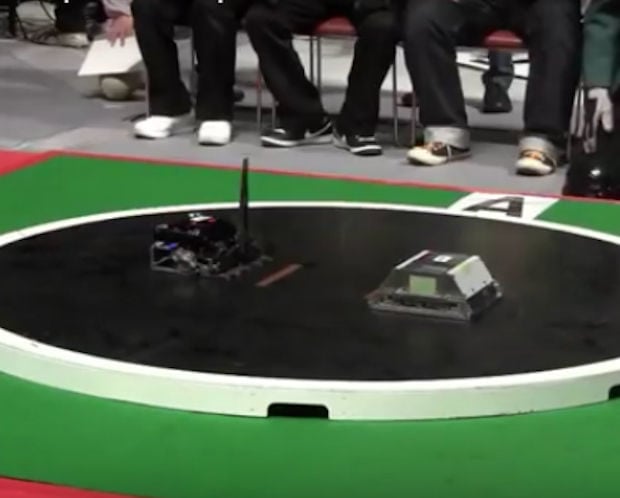 The robots in this Japanese competition are completely autonomous. The only thing the humans do is push a start button to begin the match and push a stop button when the judges order it. Some of the robots are fast and light, while others are slow and powerful. Some of the ‘bots have weapons too. It’s pretty entertaining to see some of the different strategies involved in winning. Be sure to check it out below:

[via The Awesomer via Slashgear]