Cat Sets World Record for Most Tricks in One Minute 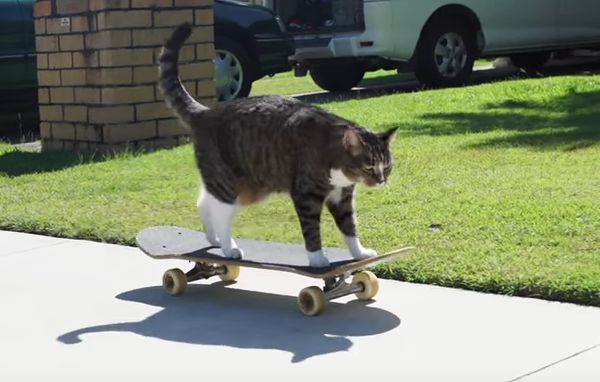 Meet Didga, short for “didgeridoo.” Didga likes to skateboard, but that is far from the only trick she does. She just ends her routine skateboarding. She basically has been trained like a dog and can do all kinds of cool tricks. She recently did 20 tricks in under a minute, making her a record holder.

And just to be extra awesome, Didga has since broken her own record by performing 24 tricks in one minute!