Building drones with from metal and plastic? What are you, a caveman? Edible drones are the future. UAVs made from edible material are tailor-made to get food supplies to remote areas or disaster zones. The drone called “Pouncer” is being designed by engineer Nigel Gifford. He’s the guy who sold his solar satellite company Ascenta to Facebook for $20 million in 2014. 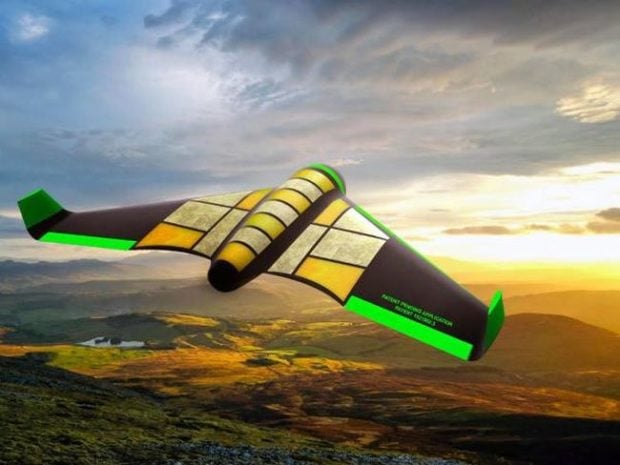 The idea is that Pouncer could replace the current method of delivering and dropping emergency food rations. Right now, rations are dropped over areas using military planes and parachutes, which is fairly expensive and wasteful. Also, they’re not always delivered on target. Also the humanitarian rations that are dropped only contain 2,200 calories and do not take into account the diet, religious beliefs and cultural limitations of the region.

This drone can be flown directly to a target with high accuracy, and is designed to eliminate waste almost completely. The plan is to construct the wings out of some sort of as yet undetermined food, and the main structure stuffed with water and more food supplies. These meals would offer up to 3,500 calories, and would be suited to regional diet and cultural needs as well. Once the drone lands, it can be dismantled to access all the food, and its frame would be made of wood, which could further be used for fuel or building in areas where it lands. Pretty cool idea.

Can I get a drone to drop here? Pizza flavored perhaps?

[via Business Insider via Damn Geeky]