Darth Vader Simon: The Colorful Side of the Force

Remember Simon, that early electronic game where you have to memorize the colored lights and repeat the pattern? You probably never would have gone back to this game, except for one reason. There is a Star Wars version now. This Darth Vader shaped version even plays the Imperial March. 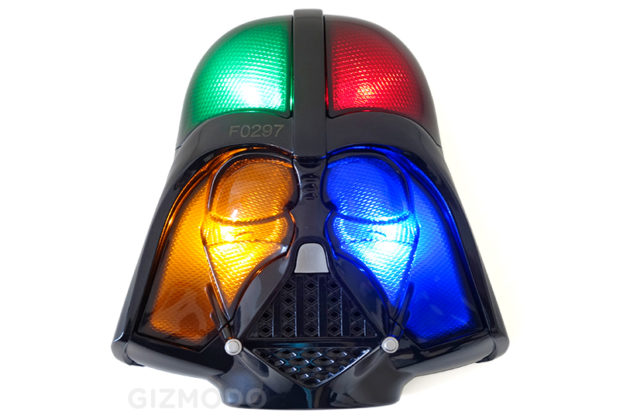 There is one difference with this version compared to the original too. The black plastic adds another level of difficulty to the gameplay because you can’t see the color of the four buttons until they light up. Impressive. Most impressive. Probably the coolest feature is that instead of just playing four random tones, as you repeat the random flashing pattern back to the game you’ll discover you’re actually playing John William’s “Imperial March” theme from The Empire Strikes Back, accompanied by Vader’s sinister breathing. That right there is why it is worth it.

You’ll be able to grab the Darth Vader Simon game next spring for about $25(USD).