Limited edition consoles come and go through our lives in a never ending flow it seems. The latest to emerge is this Final Fantasy XV model of the new thinner and lighter Sony PS4. 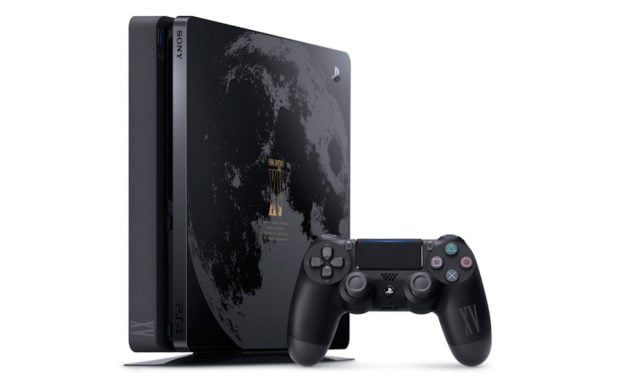 It is called the “Luna” edition and it will launch alongside the game on November 29th in Japan. The priced is 40,000 yen, the same as the higher-capacity version of the slimline console. If that isn’t enough Sony news for you, you will be happy to hear that Sony also announced two new PS Vita colors, launching in Japan on December 1st.

There’s no word on whether any of these models will come to the US or anywhere else yet. Hopefully we will see them as well.