I was really into Batman growing up, but I never really liked The Joker, at least not until Heath Ledger’s portrayal in The Dark Knight. For fans of the current Affleck/Leto era, you might like this Batman Imposter Suicide Squad Joker Variant Figure from Hot Toys. 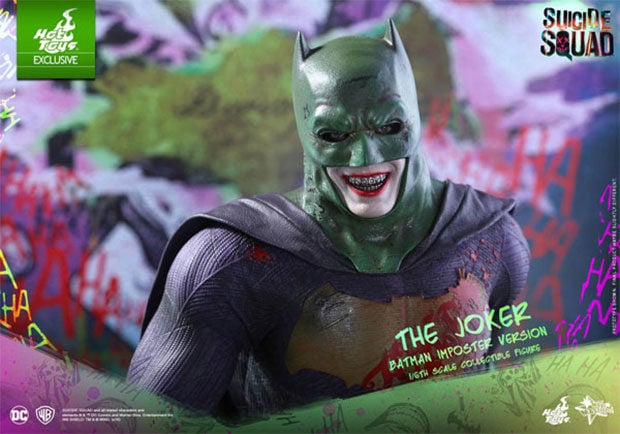 I haven’t seen Suicide Squad, but apparently, this mashup didn’t actually happen in the film. Instead, it’s a crazy combo conjured up by the designers at Hot Toys. It’s still pretty cool. It’s clearly supposed to look like Leto’s Joker in the Affleck Batman suit, covered with graffiti, and leaving us to imagine how exactly the Joker got his hands on it. 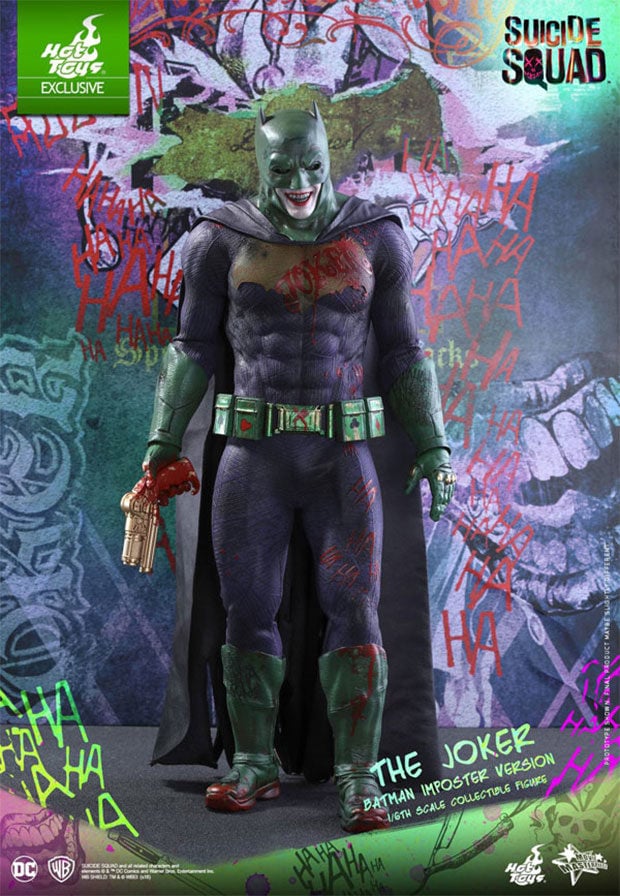 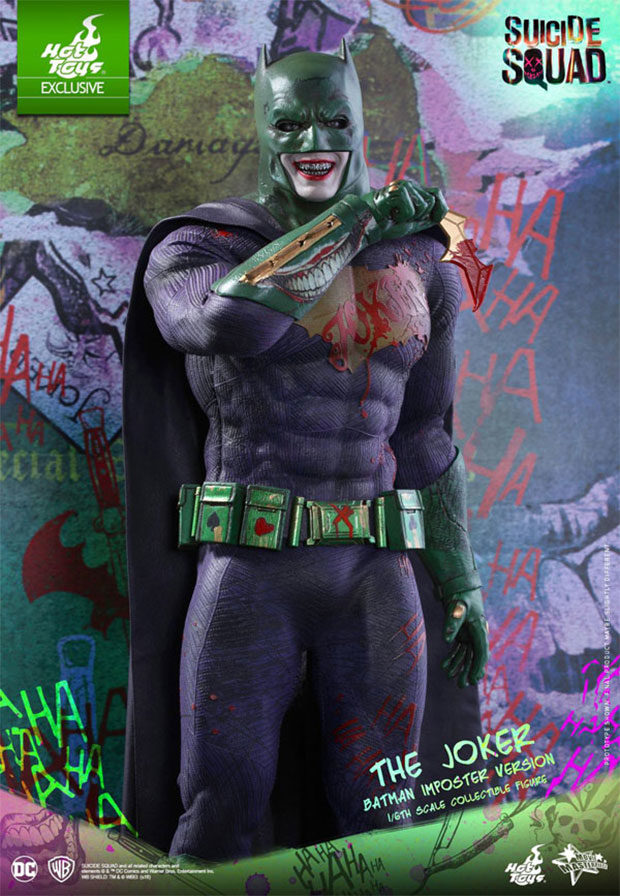 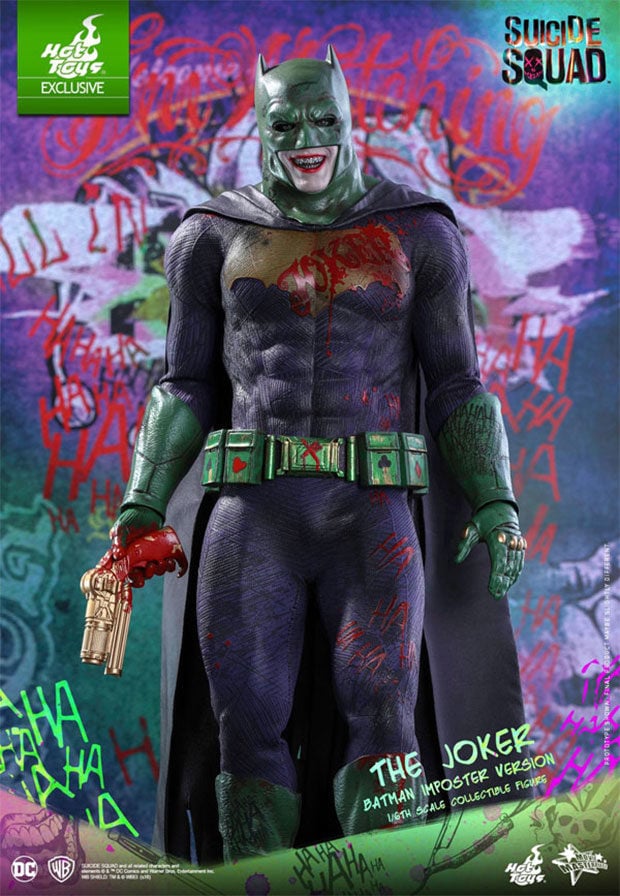 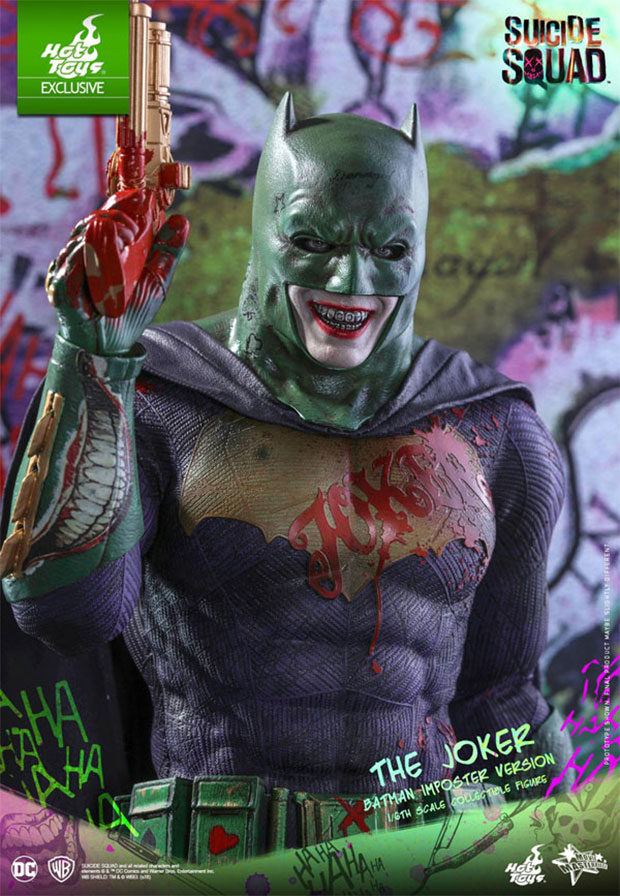 The unveil went down on the Hot Toys Facebook page, but they offered up no details on when the action figure will go on sale, or how much it will cost. I am sure we can expect more details later.

[via Bleeding Cool via Nerd Approved]