The ARVO Brothers have been recreating elements from the Alien movies in LEGO as part of a book project for several years. When you devote that much time to LEGO, you know you have a true passion for it. It also allows you to go back and refine your designs. This chestburster is an improvement on a design they released back in 2007. 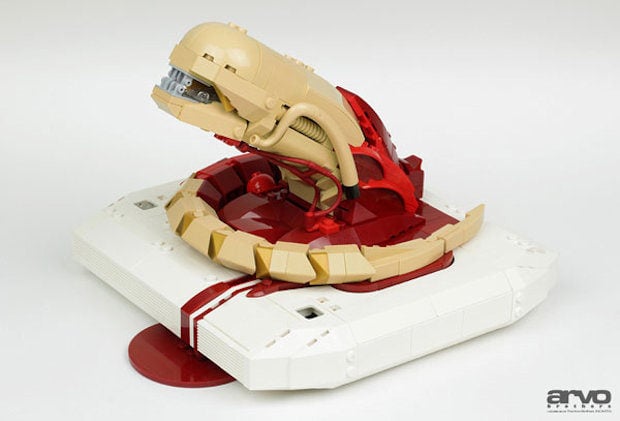 They didn’t just recreate the creature in LEGO bricks, they took it a step further, by adding LEGO blood and LEGO viscera. Nice. It makes for a gruesome display piece. I assume it was previously a LEGO facehugger, and will eventually evolve into an LEGO adult alien. 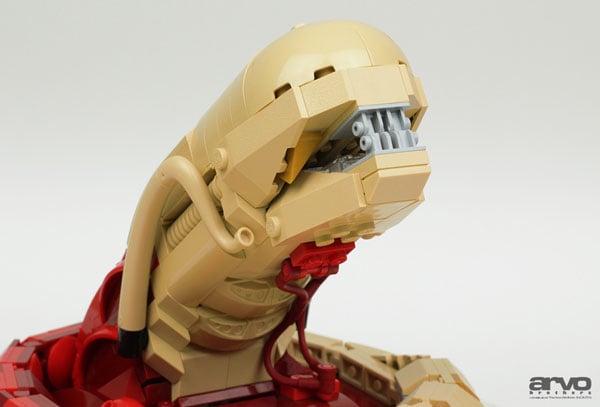 If you want to build one or get their book, you can get instructions by contacting them at arvo[at]arvobrothers.com.