The dream of giant robots battling it out for our pleasure is alive my friends. And almost here. The folks behind the MegaBots Kickstarter have released the first trailer for their upcoming web series which will follow the trials of building a 10-ton, 350HP combat robot. 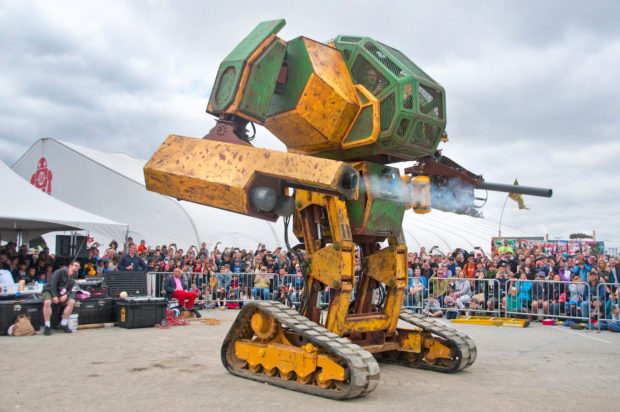 It sounds like the main event will be a battle against Japan’s Kuratas robot for the season finale. That is what we all want to see, but the rest of the series sounds cool too. You can check out the trailer for a taste of what’s to come.

The first episode will drop September 28th on the MegaBots YouTube channel and Facebook page. After that, we’ll get a release every two weeks leading up to the finale. Since the team is still filming, that schedule may shift a bit. If you like giant robots doing battle (and who doesn’t?), this series is for you.