Drones can be pretty cool, and are a great way to capture images of whatever you are doing from the air. There are a bunch of drones out there with some of them being the cheap consumer quadcopters that you play with, and others being incredibly expensive and aimed at professionals. Freefly Systems makes that second kind, with drones like its ALTA 8 octocopter. 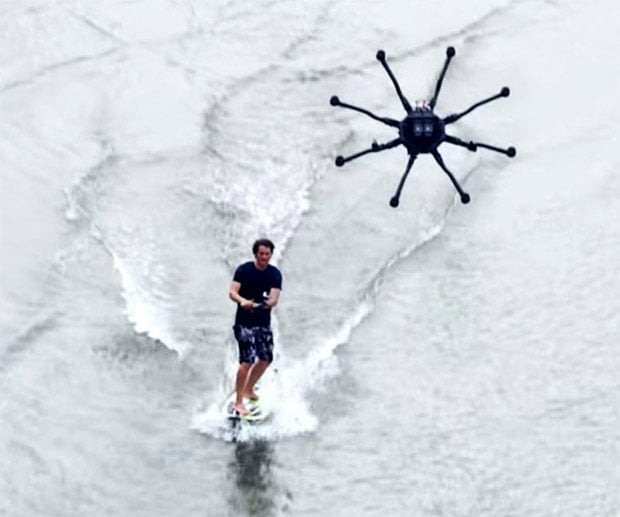 The company took this massive electric drone and rigged it up with a towrope. They then had a dude jump in on a surfboard sort and get towed around the lake by the drone.

The drone maker says that it was able to make about three 30-second passes pulling the surfer per battery pack. It’s hard to believe that the drone was powerful enough to stay aloft and pull the surfer, but the surfer did need to get a running start to get going. It’s a very cool video, and worth a watch.