Listen all! This is the truth of it. Fighting leads to killing, and killing gets to warring. And that was damn near the death of us all. Look at us now! Busted up, and everyone talking about hard rain! But we’ve learned, by the dust of them all… Bartertown learned. Now, when dinosaurs get to fighting, it happens here! And it finishes here! Two raptors enter; one raptor leaves!

The Death Guild yet again recreated their Thunderdome for Burning Man 2016, and that is where an epic war was waged between two bat-wielding raptors, battling each other for superiority while attached to bouncy swings. 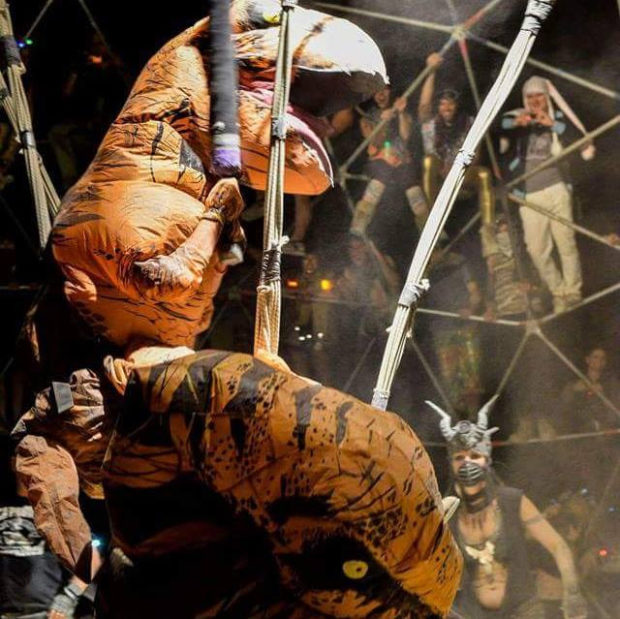 It is every bit as thrilling as the Mad Max version – even better because dinosaurs!