I have long thought that the Ewoks were the cutest little creatures in the Star Wars universe. I also think that Ewoks might be nothing more than really short Sasquatches who prefer to live in trees and crush walkers with big logs. For those who love Ewoks, here’s something fun for your collection – an Ewok candy bowl and holder. 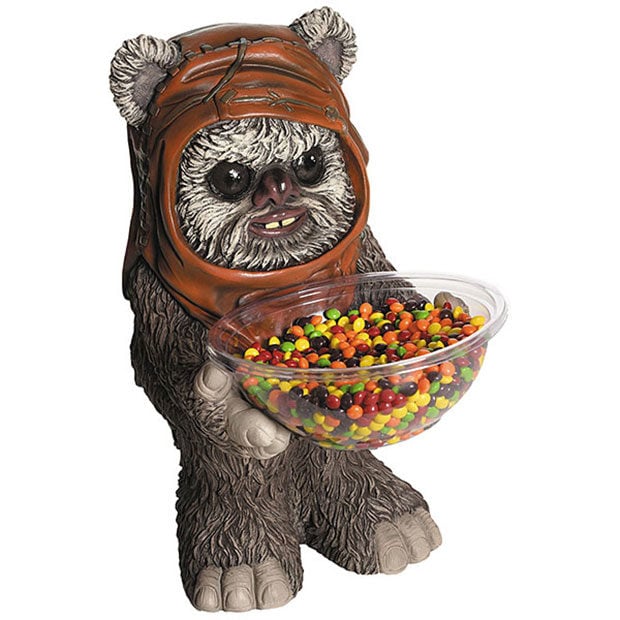 The 20″ H candy bowl holder looks like Wicket the Ewok.  It’s meant to stand outside by your door for Halloween so you don’t have to actually talk to people who want to trick-or-treat. Granted those hooligans up the street will totally take all the candy and leave the holder empty. Or worse yet, they’ll take the whole thing.

Also, keep in mind that as cute as Ewoks look, remember that they were going to eat Han and Luke at one point. If you’re good with having one of these tiny cannibals in your house, you can get yours at ThinkGeek for $39.99(USD).