If you visit the Kennedy Space Center you now have the chance to check out the surface of Mars, courtesy of Microsoft HoloLens tech. The augmented reality experience uses real images of Mars captured by the Curiosity rover, along with a guided tour by astronaut Buzz Aldrin and Curiosity driver Erisa Hines of Jet Propulsion Laboratories. 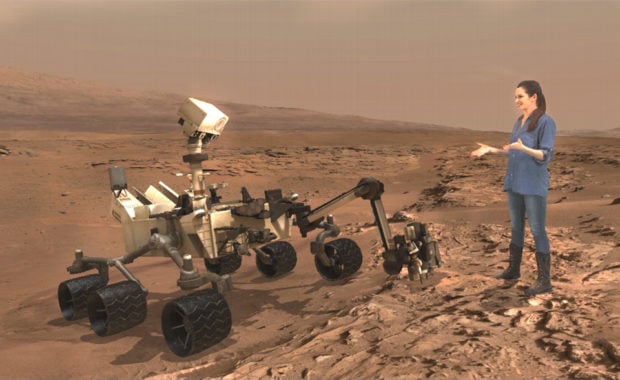 The Destination: Mars exhibit grew from a scientific tool created by JPL and Microsoft that is used by international researchers. The tech lets scientists in different parts of the world walk across the Martian surface in virtual reality and talk about geological features and plan future exploration.

The Destination: Mars experience will run through January 1 and is shown on a first come first served basis. Reservations must be made on the day of the showing at the Destination: Mars reservation counter. I always wonder why cool stuff like this is on exhibit for such a limited time.