It’s pretty amazing what people can create just by drawing dots all over the place. Pointillist art is created by using tiny dots of ink instead of lines to create the illusion of shades of grey. It blows my mind because the process just seems so repetitive, requiring you to lift the pen up and down as you make dot after dot. Well, the Pointillist Artist’s Electronic Pen is here to make it easier. 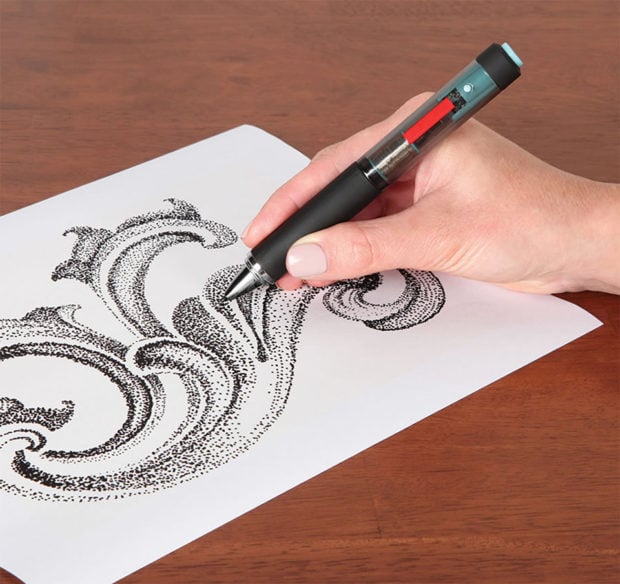 Instead of lifting your pen every time you make a dot, the pen’s tip automatically lifts itself out of the way. So now you can draw an image pointillism-style while moving your hand like you’re creating a regular illustrations. I imagine this would save you some time as well as alleviating strain from your wrist.

The pen has an integrated mechanism that causes the pen tip to pulse up and down at a rate of 600 times per minute. That’s apparently enough to stipple a sketch sheet ten times faster than what a normal artist can do. The only problem is that the integrated battery only holds 30 minutes of power so you will have to draw in 30 minute bursts. 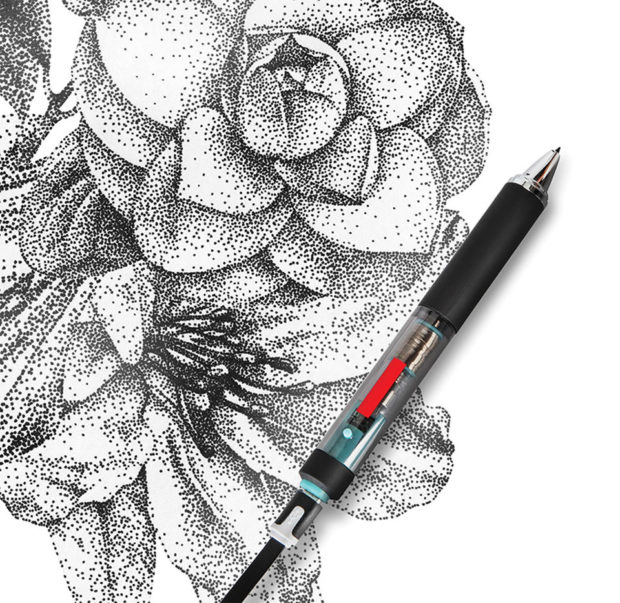 Of course, it won’t make just anyone into an artist, and you’ll still need a pretty good sense of light and shadow to make it do your bidding. It might be fun to try this thing for just $69.95(USD) over at Hammacher Schlemmer.