It’s no mystery what happens when you drop a huge concrete block onto a car. The car gets completely obliterated and smashed. It is one of those destructive things that is oddly satisfying and a guilty pleasure to watch. Russian YouTube channel Crash Zone performed this incredibly destructive stunt and filmed it in slow motion so you can see the damage in amazing detail. 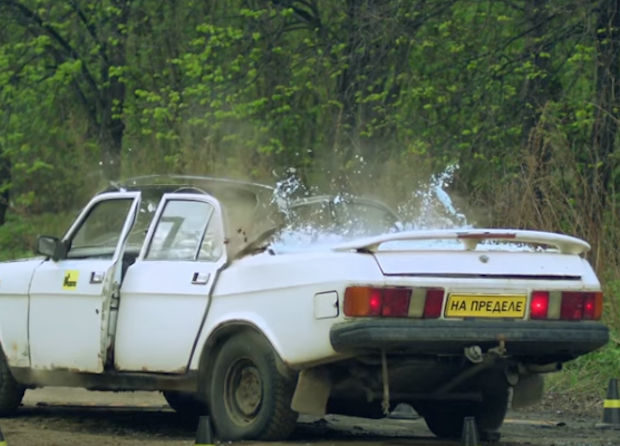 As you can see in the video, the concrete block pierces through the metal frame and sends shattered glass flying in all directions. You’ve seen it before in hundreds of movies, and videos, and especially on MythBusters, but this sort of slow-mo destruction never gets old.

As a bonus, they also threw a tiny block at the car first and dropped the car from high up in the air. If you love this kind of thing, it is a fun watch.