NASA calls its RASSOR 2.0 rover “a blue collar robot.” That’s because it gets down and dirty and is tough as nails. It digs, it climbs, it flips over. It’s a real workhorse. It is an awesome design and it is fun to watch it in action. 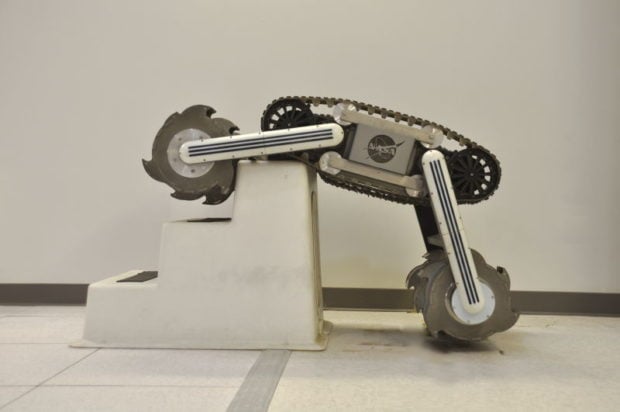 RASSOR stands for Regolith Advanced Surface Systems Operations Robot, but is simply pronounced “razor.” The concept is being developed right now at the Kennedy Space Center as a possible solution to the problem of carrying heavy fuel on space missions. The idea is that this rover could mine the surface of planets, digging up the components needed for water, oxygen, and rocket fuel.  You can see a brief demonstration of the latest generation RASSOR robot digging up dirt in the video below:

We don’t know when we might see the rover in action, but engineers expect it to be five times faster than Curiosity, and able to handle 16-hour shifts, hauling 40 pounds of material per trip. You can see why the call it a blue collar robot.

[via Motherboard via Gizmodo]