A team of electrical engineers and computer scientists from the University of Washington have teamed up to create what they say is a much more secure way to transmit passwords. Currently, most passwords are sent via Bluetooth or Wi-Fi where they can be captured by hackers and possibly cracked. The UW team has devised a method that sends those secure passwords through your body rather than the air. 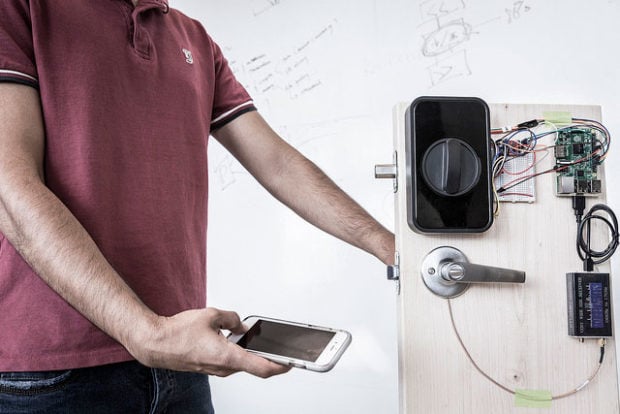 The process uses low-frequency signals generated via fingerprint sensors and touchpads on already available consumer devices. Those signals are sent through your body and delivered to whatever device you touch. Data rates of 50 bps from touchpads and 25 bps with fingerprint sensors have been recorded. While that’s not exactly fast, it’s enough to move short strings of data around.

The team says that the technique can unlock doors or activate medical wearables. Testing has seen the system work on people of different sizes and heights, while moving or standing still.