Skydivers Play on the Ultimate Swing

Skydivers are pretty fearless. I mean, what is left to be scared of after falling toward the Earth from insane heights. So naturally, skydivers are looking for new cool stuff to do up there. Like swing on a giant swing suspended between two hot air balloons. 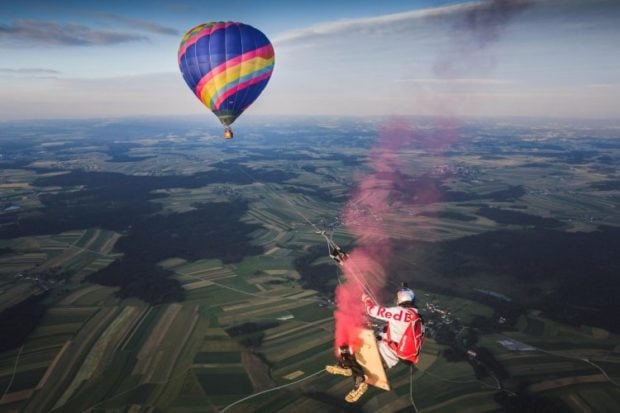 This stunt, courtesy of Red Bull, took four skydivers, two hot air balloons, a 400 foot-long rope with a seat on the end, and a climb to about 6,000 feet in a hot air balloon. They call it the MEGA SWING. It is basically every kid’s dream, who has ever swung on a swing at the playground.

I don’t think anyone is going to beat this swinging record unless they go to the edge of space. Care to give it a try, Felix Baumgartner? 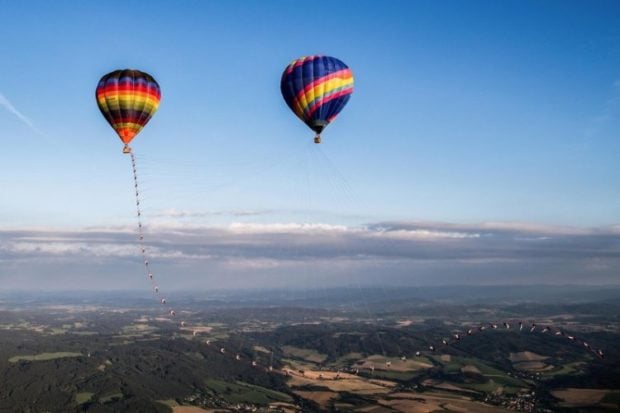