Star Wars/Star Trek Cosplay Mashup: I Love You, Make it So

Back as far as I can remember my friends and I would argue about which was better, Star Wars or Star Trek. I’m in camp Star Wars, though Jar Jar Binks was almost enough to change that. The two franchises don’t exactly meet up anywhere, but they do meet nicely in this cosplay mashup. 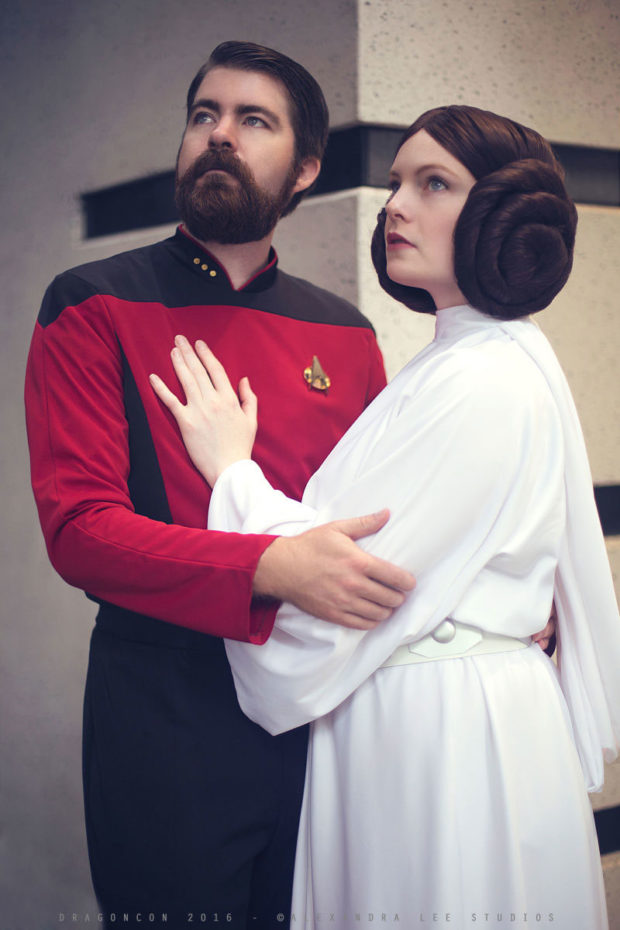 One the one side we have a very well done Princess Leia with side hair buns by a lady called Galacticat. Her real world boyfriend is dressed up as Commander Riker.

This mash up will certainly enrage geek purists, but I think it is very cool. I wonder what Han thinks of this. He’d probably have Chewy rip off Riker’s arms.