If you find yourself at Tokyo’s Haneda Airport and get lost, just keep an eye out for Hitachi’s EMIEW3 robot, who is more than happy to help. This adorable talking robot will keep you on track so you can get to your flight. 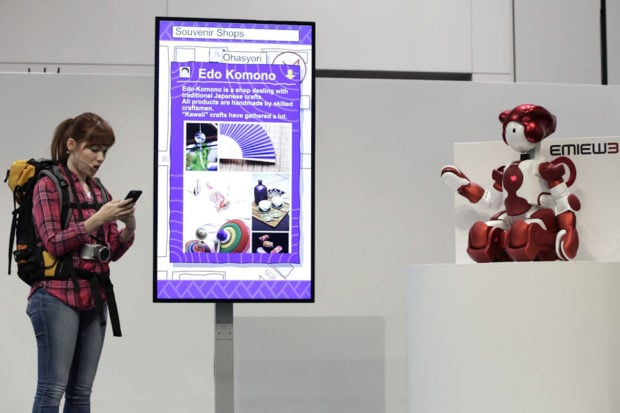 Until the 14th, Hitachi will be testing its EMIEW3 humanoid robot in the airport’s passenger terminal. EMIEW3 will direct visitors to an information display and answer questions in both English and Japanese. Sure, that doesn’t sound all that impressive, but it is all leading up to something bigger. In December, the robot is will return to the airport as a guide. That’s when visitors will be able to ask for directions to the currency exchange counter for instance, and EMIEW3 will physically lead them there. The robot can speak in multiple languages, and can drive itself at the same speed as humans.

It’s like being in Star Wars and having a robot companion. It’s not that sophisticated yet, but still it’s a cool thing to encounter while traveling.

[via TechCrunch via Engadget]