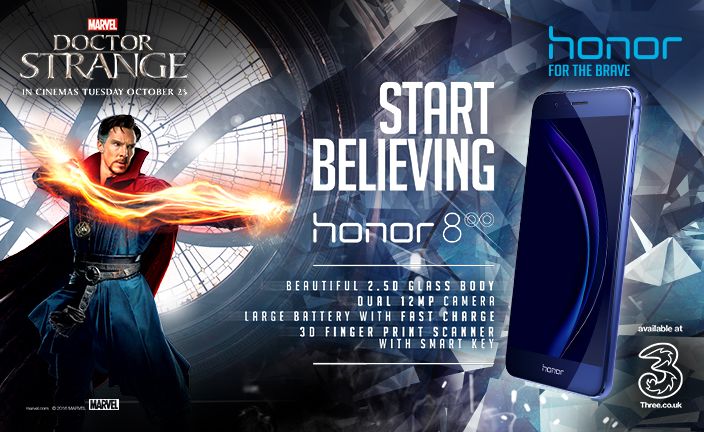 These handsets are etched with Doctor Strange’s Eye of Agamotto. We don’t know yet if these devices will be available to purchase or if they will only be available as prizes on the Marvel Facebook page, but we do know that fans will be wanting one for themselves. Hopefully they will give us those details very soon.

The Honor 8 smartphone is an exclusive to the 3 network in the UK and Europe. It has the same hardware as the normal Honor 8 smartphones: a Kirin 950 chipset with an eight core processor with four 2.3GHz high performance cores and four 1.8GHz power saving cores. It also has 4GB of RAM and 32GB of internal storage, a 3,000mAh internal battery and a 5.2-inch full HD display. The cameras are a 12MPx2 dual main camera and an 8MP front camera.