Teddy Ruxpin Gets Torn Down

Dan and Lincoln Markham from the What’s Inside? channel like to cut things apart to see what their guts look like. This time, they decided to disassemble an original 1985 Teddy Ruxpin talking bear using knives and a sledgehammer to reveal the toy’s innards. What they found is creepier than you can possibly imagine. 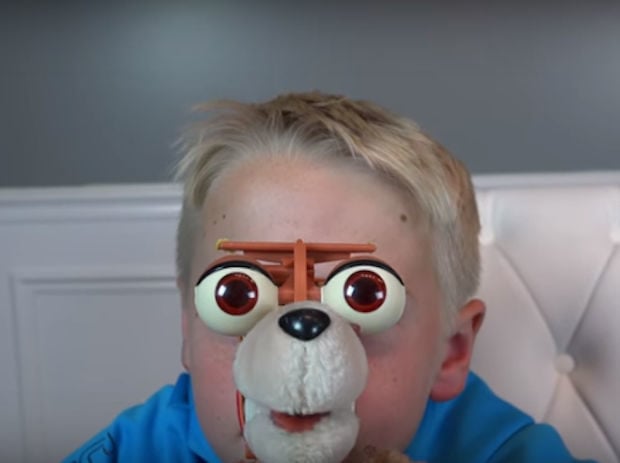 It’s especially disturbing when Teddy’s skin is removed from his face. If that isn’t bad enough, the kid proceeds to immediately put Teddy’s skin over his own face. I’m not saying the kid is a serial killer or anything, but I’d watch my back around him. Teddy basically parades around in his skeleton scaring the hell out of everyone, and at one point their little sister is so traumatized that she ends up crying.

If you ever wanted to take Teddy Ruxpin apart before, you will be cured of that desire once and for all. Some things are better left alone.