I’m a big fan of Fallout 4 and since I am a guy, I normally play the game as a guy. That doesn’t mean there aren’t hordes of fans out there of the female persuasion or dudes that like to play the game as a female character. For these folks, there’s this awesome 1/6th-scale action figure. 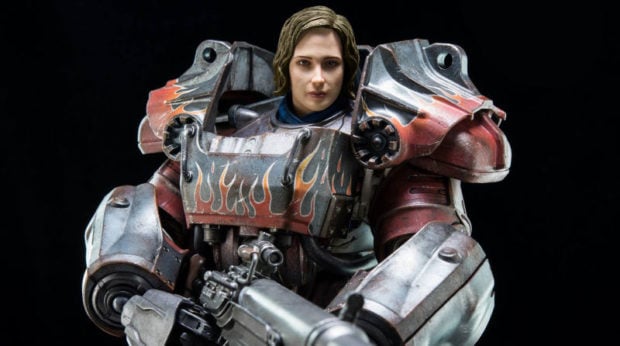 There are two versions of ThreeZero’s T-60 Power Armor action figure, with the flamed out version selling for $398(USD) and including a nuke launcher and rifle. The other version is $380 and it lacks flames and only includes the rifle. Both have a light-up LED helmet too. 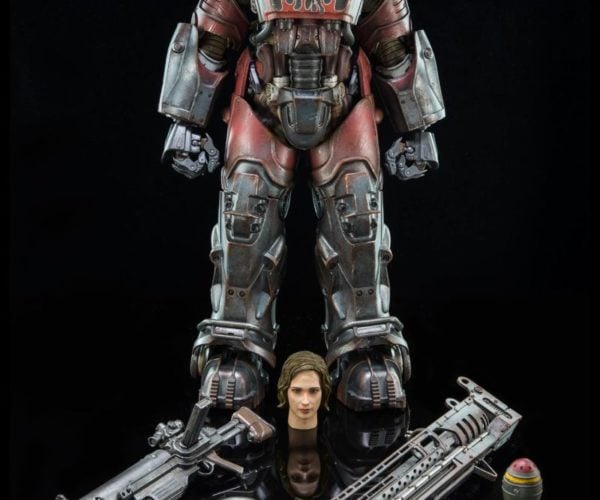 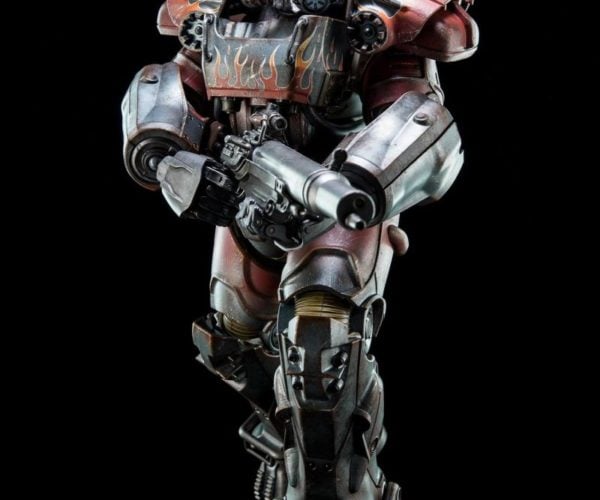 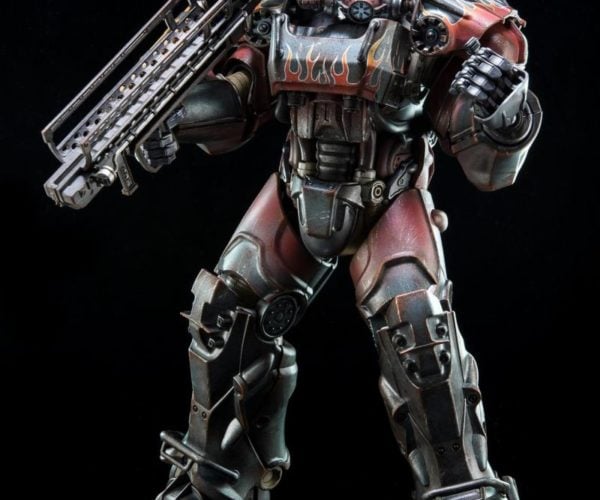 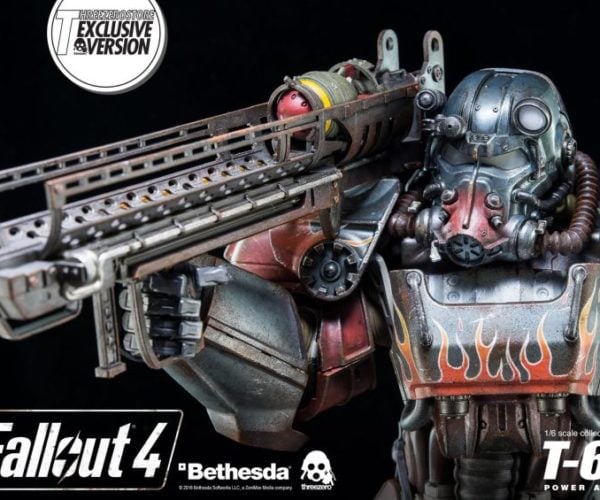 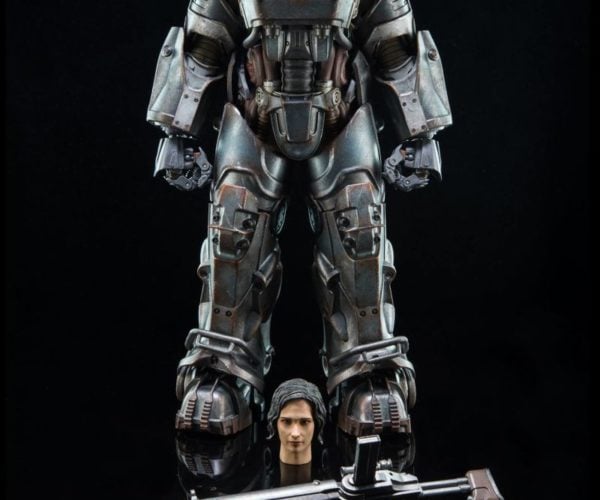 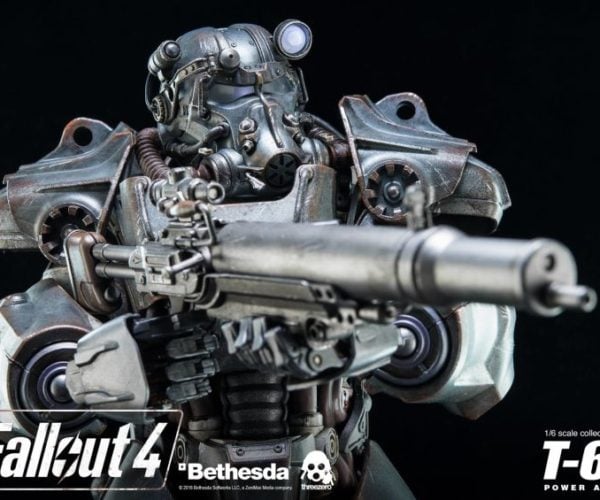 Both of them are very detailed and look just like the in-game versions. The coolest part is that the outside panels of the armor appear to come off and let you see the power armor frame underneath. Sweet. 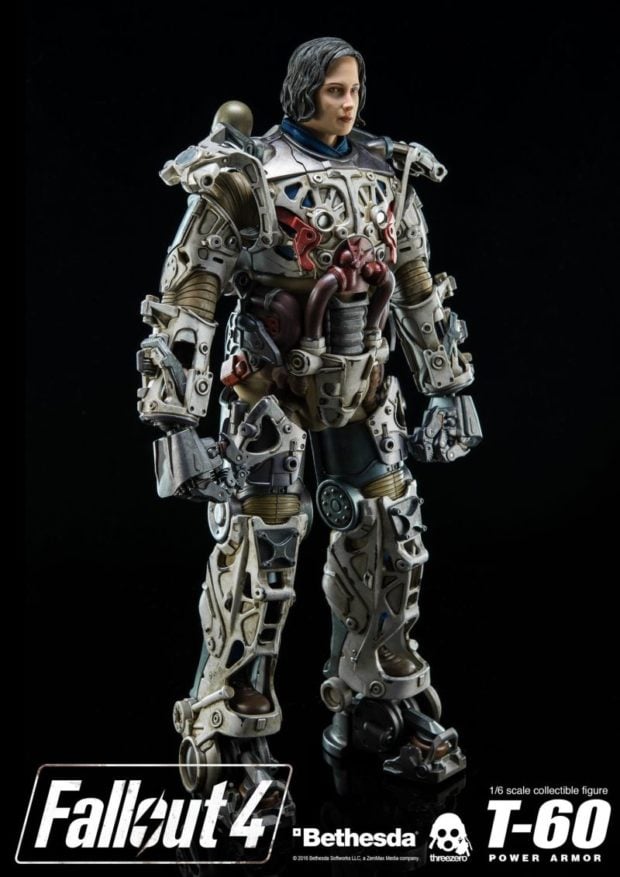