I was too old to watch Mighty Morphin’ Power Rangers when they hit TV back in the day, but my brother watched it all the time. Power Rangers could assemble into a bunch of combinations from what I understand, with the characters able to turn into a giant robot in some forms. If you’re a fan of the series, check out this cool Daizyujin GX-72 Megazord figure from Bandai Tamashii Nations. 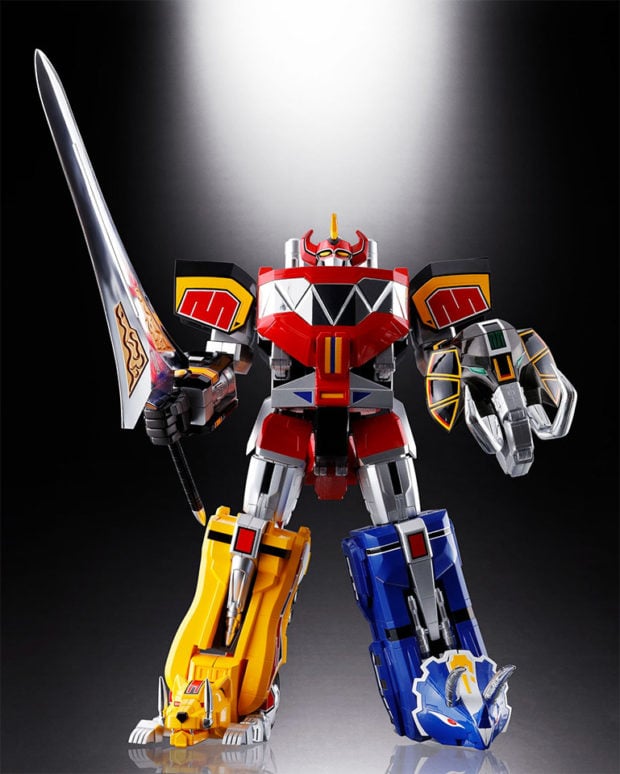 It’s not cheap at $299.99(USD), but it includes all the little Zords that connect together to make one big Megazord robot. They are made out of metal too so when you play with them, they are less likely to break. 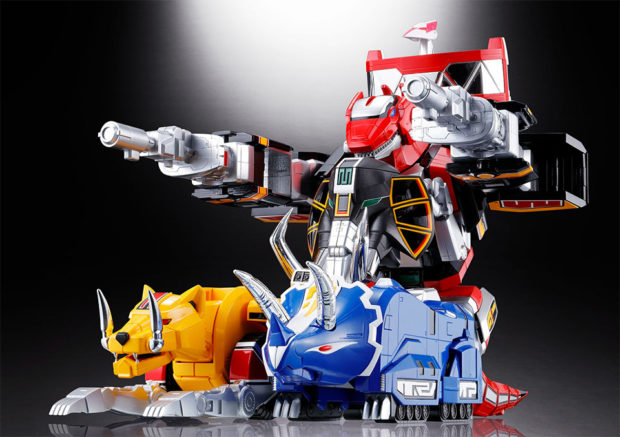 You can preorder the GX-72 Megazord soul of Chogokin diecast action figure from Entertainment Earth for shipment in June 2017. These giant robot characters always reminded me of Voltron. 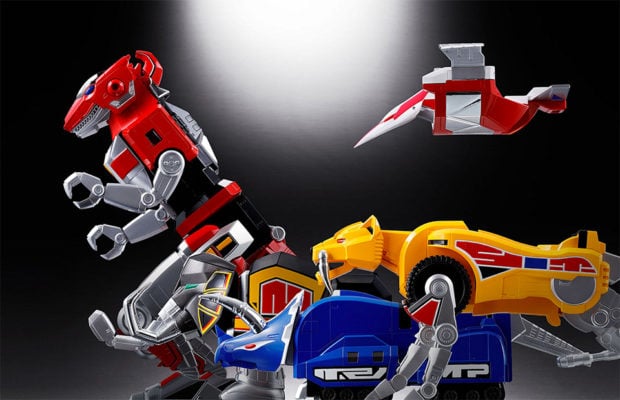