It’s that time of year where geeky artists everywhere turn pumpkins into characters from their favorite things. If ever there was a droid that was meant to be in pumpkin form, BB-8 is it, with it’s round body and head. Here’s the droid pumpkin in all its glory. 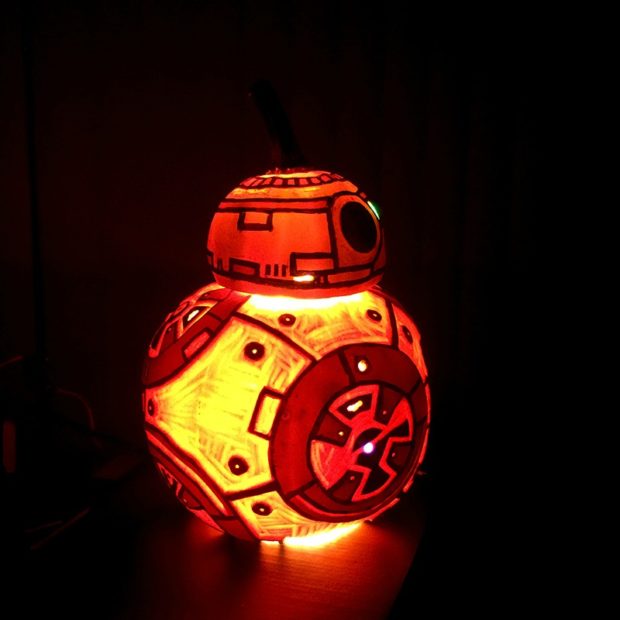 This BB-8 jack-o’-lantern was carved by Magnetic Attitude and is illuminated from within by two separate light sources as well as a few flashing LEDs. 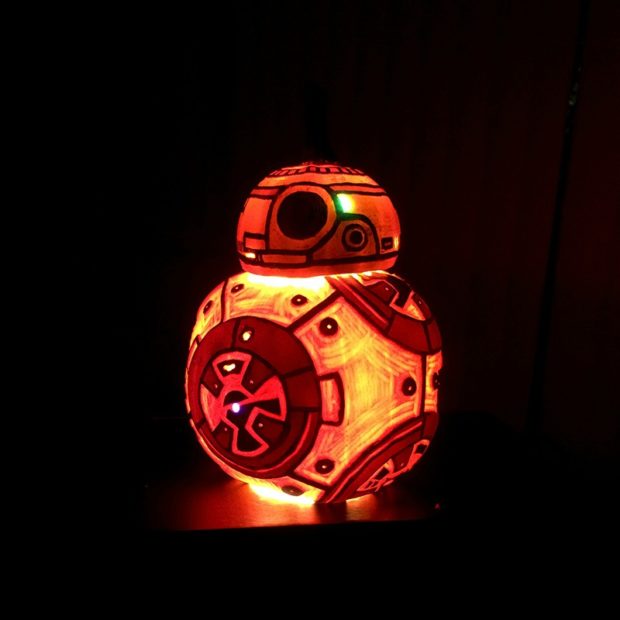 If I had the talent, I would make one of these to display. It looks spectacular even if it isn’t very spooky. I want to say something about Edgar Allan Poe Dameron, but I won’t. 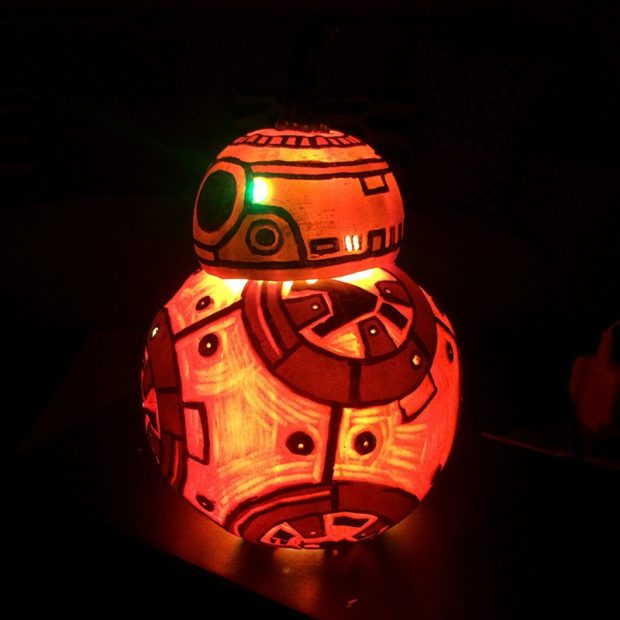 [Between The Pages] via [Geyser of Awesome]