Growing up I watched a lot of Looney Toons cartoons and I remember one where Bugs plays a wood saw to make some Hawaiian music. I imagine that the WhammyPhone is sort of the modern equivalent of that strange musical instrument. 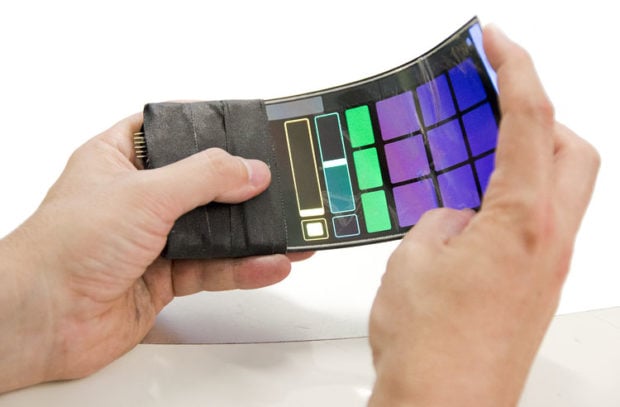 This unusual device is a phone with a flexible full HD OLED screen. Bending the screen lets you modulate the pitch or other attributes of sounds played on synthesizer software on a PC. In addition to those strange bendy saw sounds, it can do things like simulate the dynamics of bowing a violin, or bending the body of an electric guitar.

The WhammyPhone was designed by researchers at the Human Media Lab at Queen’s University in Canada. Check out the video to see it in action.