This Ghostbusters remake is already better than that one that was just in theaters. Ryan Scott Miller turned his son Jeremy’s wheelchair into a miniature version of Ecto-1. Just give him all of the candy as he drives by this Halloween. 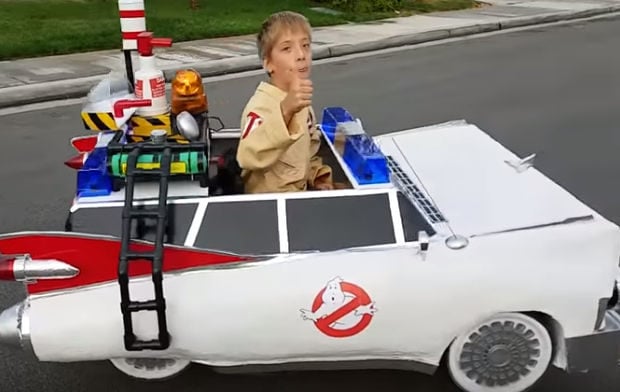 This version of Ecto-1 is based on Funko’s POP! vinyl Ecto-1 toy, and it does more than just look cool. It has working headlights, accent lights, flashing lights, and even the siren sound from the original Ghostbusters movies. Nice! Jeremy ain’t afraid of no ghost.

It is simply an amazing costume. Now he just needs a firehouse HQ and some Ghostbusting friends and he’s in business.

[via CNet via Gizmodo]