I thought that the GTA V mod where someone turned the Samsung Galaxy Note 7 into a sticky bomb was genius. After all, the overheating phone was bursting into flames willy nilly all over the world. Samsung didn’t think that it was funny though, having lost billions thanks to the firebug Note 7 smartphone. 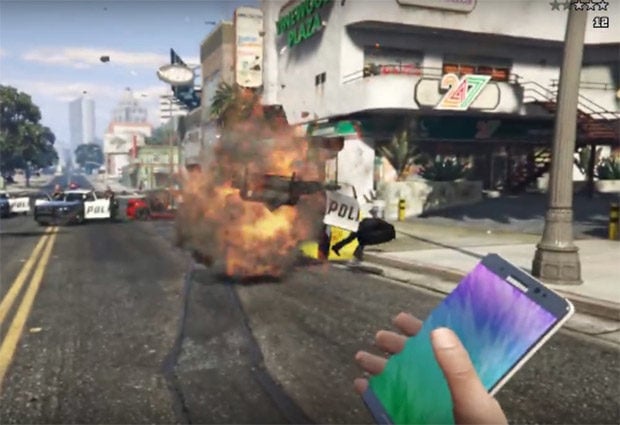 Samsung’s lawyers weren’t having any of this stuff, and demanded that YouTube pull videos of the mod over copyright claims. That seems like a dick move and certainly won’t turn down the heat. We all know your phones catch fire, and banning videos of a mod that is probably the funniest thing about your crappy phone isn’t cool. Last time I checked, parody and satire was protected by the First Amendment. 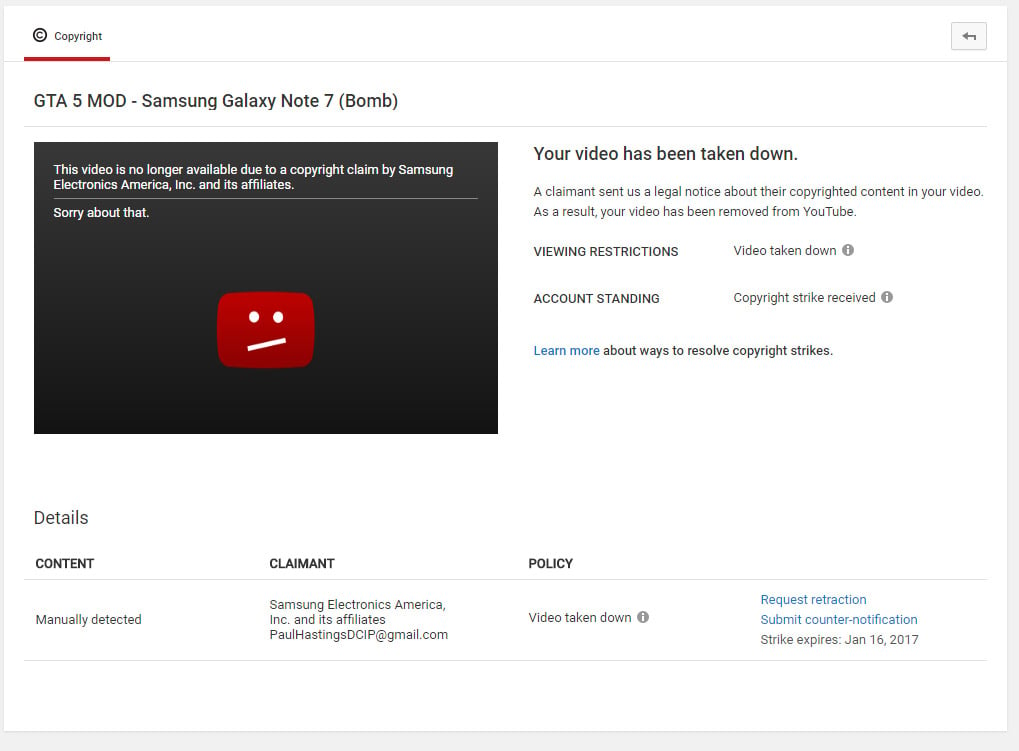 At least one of the YouTubers who had posted the video filed a counterclaim trying to get the video back online, and as of this writing, it appears that YouTube has now reinstated the clip.