Glow Lamp Isn’t a Jet Pack, But It Does Hover

Growing up, I was convinced that by the time I was “old” I wouldn’t have to walk anywhere. My jetpack would fly me wherever I wanted to go. I was also convinced that we would be living on the Moon and while my jetpack and lunar house have yet to happen, at least we are starting to get things that levitate. This cool floating lamp is called “Glow.” 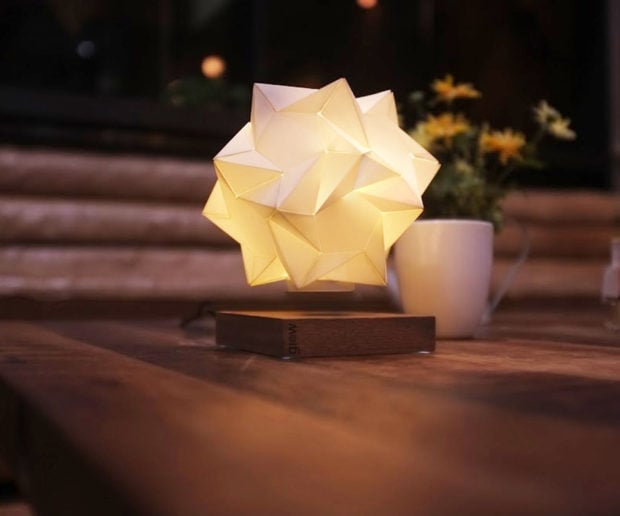 As the crystalline light levitates it rotates too. The crystal form is some kind of synthetic material, but it still looks cool. The lamp offers two modes: a task light with 400 lumens, or a softly glowing mood light. Power comes from lithium batteries and a on a full charge the light lasts 80 hours. The crystal can also be used as a portable light away from the levitating base.

The crowdfunding for the Glow lamp hasn’t kicked off yet, but I want one of these for my desk pretty badly. The project will launch on November 7 and there is no word on how much it will cost right now.

It rather reminds me of the scene in Harry Potter where they go in for the feast and all the candles are floating around.