I have no idea what black metal is as far as a music genre. For me, the late ’80s group Living Color comes to mind, but I’m pretty sure that’s wrong. A dude going by the name John Awesome and his fiance Nydia Hernandez were in the woods taking engagement photos when they happened on a black metal band called Coldvoid in full makeup. 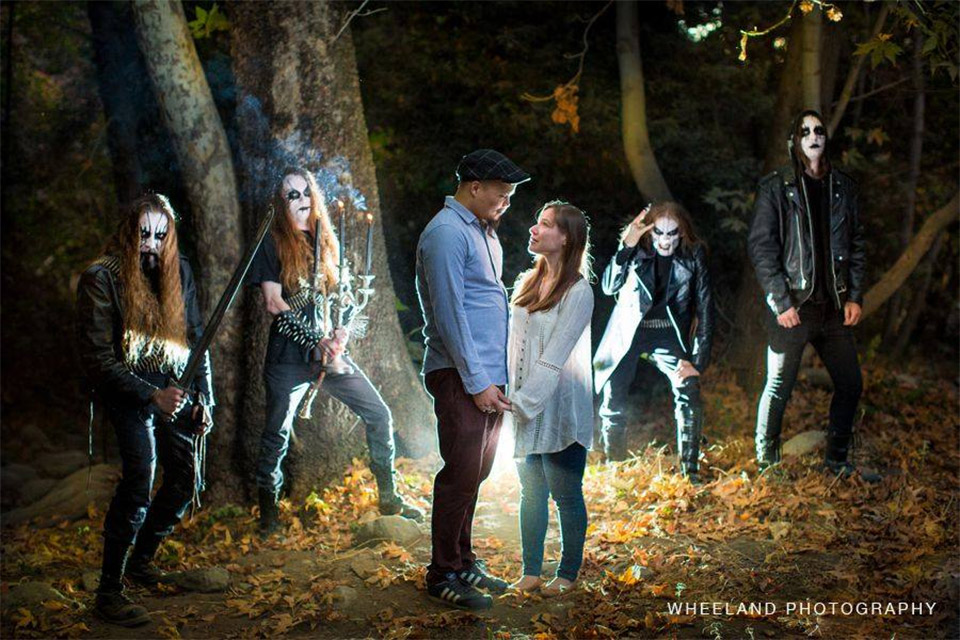 At some point, they struck up a conversation, and the band ended up stepping up and taking the most metal engagement photo in history with the couple, courtesy of Wheeland Photography. Just look at these guys, the one on the left of the image is holding a sword like it’s his Johnson, another is wielding a candelabra, and the next one is clearly trying to squeeze out the devil’s fart. Also, I’m pretty sure the dude on the far right is Richmond Avenal from The IT Crowd.

I hope “Awesome” is the guy’s real last name because it is… awesome.