What would happen if you used a skateboard made out of LEGO bricks just like a regular skateboard? Could it handle the the flips and tricks that you normally do? Braille Skateboarding has the answer in this video which put a LEGO skateboard through its paces. 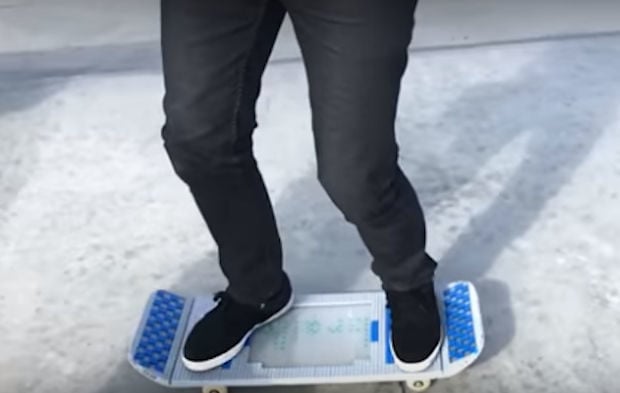 The skateboard deck was made by Peter Brown of Shop Time, using LEGO bricks and epoxy only. That’s it. You might be surprised at just how long it lasted, though eventually it does break under significant force.

After watching how well it did here, I’m curious to see how a LEGO board could be mades stronger – perhaps with a different arrangement of bricks. I’d love to see someone do it. I’m curious if it could be made to work more permanently.