Roveable Robots Crawl All Over Your Clothes

Scientists at MIT and Stanford have created a new type of tiny robot called a “roveable”. Basically these compact critters will live on our clothes and travel all around as if they are living on a human planet. Crazy. 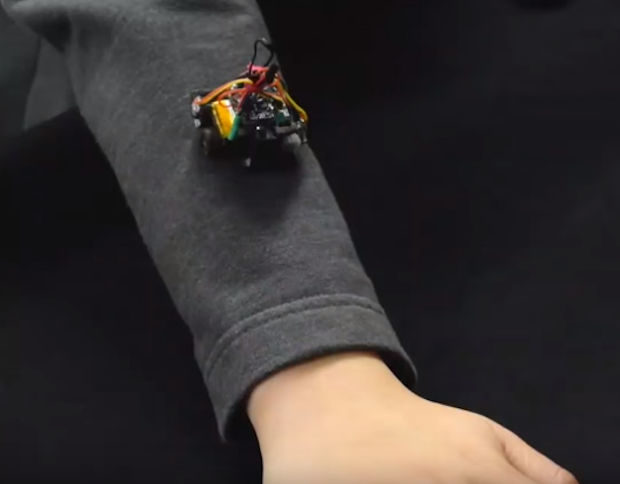 These ‘bots have magnetic wheels which hold on either side of a garment that keep them anchored and moving. They also have a 100mAh battery, microcontroller, and a small antenna so they can communicate with the computer directing them. They’re partially autonomous, so they can direct themselves back to their home base for charging.

So why would these robots exist? Well, the researchers think people might want to use them to create interactive clothing or jewelry. For instance, if you get a phone call, the roveables could move closer to your neck to double as a microphone. Maybe they can mend a tear in your clothing. Or clean up a stain because you just spilled something. Are you ready to have your own mechanical parasites all over you?

[via Recode via The Verge]