How Many Drones Does It Take to Change a Light Bulb?

Pretty soon, drones and other robots will be doing all of our chores. Marek Baczynski is trying to usher in a new era of drones performing our menial tasks, which is no doubt why he spent hours figuring out how to get a drone to change a lightbulb. Eventually he succeeded, but it did take many tries. 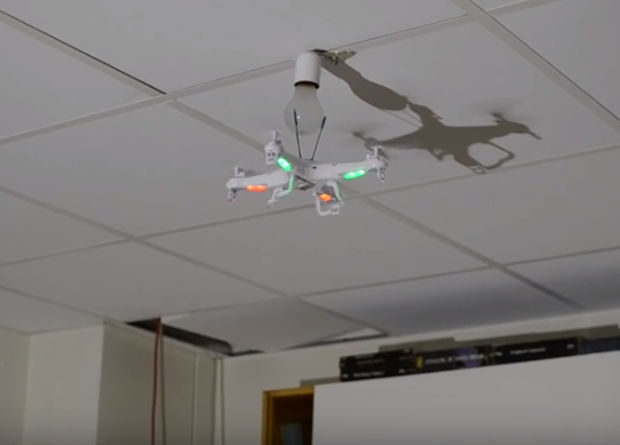 It took Marek an entire day of experimentation to get a slightly modified, but dirt cheap Eachine E30W drone to unscrew a lightbulb and then screw a replacement back into the socket. It was not working, so Marek and his pilot Sven switched to an equally cheap Syma X5C-1 and that did the job in only about ten minutes. You can watch the struggle in the video below.

Now if only the drone were autonomous, that’d be another chore that humans could hand over to the robots. Hopefully we can get drones to do some more tasks around the house.