The FlashTorch Mini Can Start Fires and Cook Breakfast

We know Wicked Lasers for their handheld lasers and flashlights that are crazy bright compared to others on the market. A few years ago it released a flashlight that was intense enough to start a fire. Well, now they have a more compact design so you can bring it with you anywhere. It is perfect for taking with you when camping. 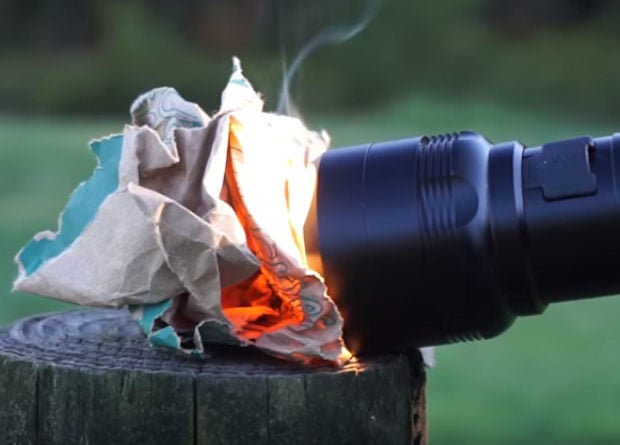 It still measures over eight-and-a-half inches long, so the FlashTorch Mini still isn’t truly mini despite its name. But it is about 40 percent smaller than the original FlashTorch, plus it’s still powerful enough to start fires, or even fry up an egg. It has a 2,300 lumen output. That’s about the same brightness as one of those video projectors used in a large lecture hall.

At maximum brightness though, the rechargeable batteries will only last for about 30 minutes. So you better cook dinner fast. You can get up to 100 minutes of light by dialing the brightness down, but your meal will probably be raw. Smartly, they included an automatic lockout mode that prevents it from accidentally powering on in your bag and burning everything in sight. The FlashTorch Mini will cost you $200(USD) and is available now.