Back in the summer of 2014, I talked a bit about Navdy and how I wanted one of the slick HUDs for my car. Now, I really wish i had pre-ordered back in 2014 because the price went way up. Back then, you could pre-order a Navdy for $299 and the company expected to sell the device for $499. That was expensive, but within reason considering the price of some of the better aftermarket GPS devices out there. 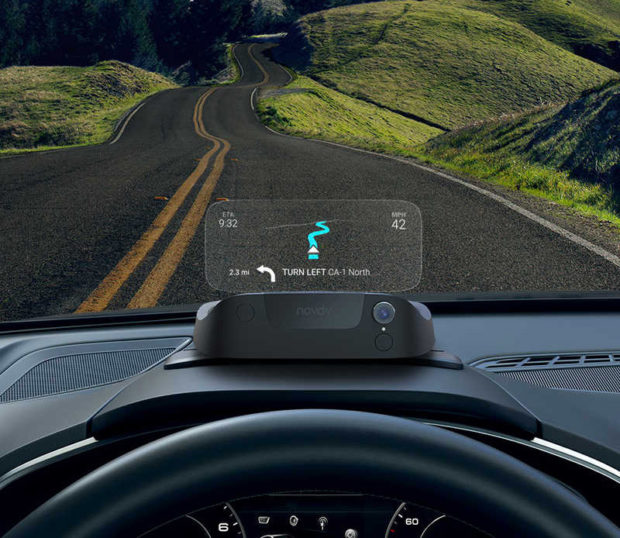 Now that the Navdy device is shipping it is much more expensive than the company said back in 2014. The device will sell for $799, $300 more than we expected. You can finance the device for $71 monthly for 12 months to help soften the blow, but it’s still pricy.

For that big price, you get a HUD navigation device that links up with your smartphone and gives you notifications for calls and other messages right next to the GPS directions. The directions are projected on the windshield of your car so you don’t have to look away while driving. The cool bit is that you don’t need to dock your phone (so it seems anyway) because Navdy has its own GPS chip and local storage for Google Maps data. It also has a connection with your car to show data about your ride like speed, RPM, and other info. Navdy works with iOS 9 and 10 devices or Android 4.1 or higher.