Bonjour Smart Alarm Clock Wants You to Be on Time

I’ve never had a hard time getting up in the mornings. I’m the kind of person who wakes up before the alarm goes off just so I don’t have to hear it. My wife on the other hand is late for everything. If you are the sort who needs a bit more help getting up or just want to be really sure you aren’t late, the Bonjour smart alarm clock might be just the ticket. 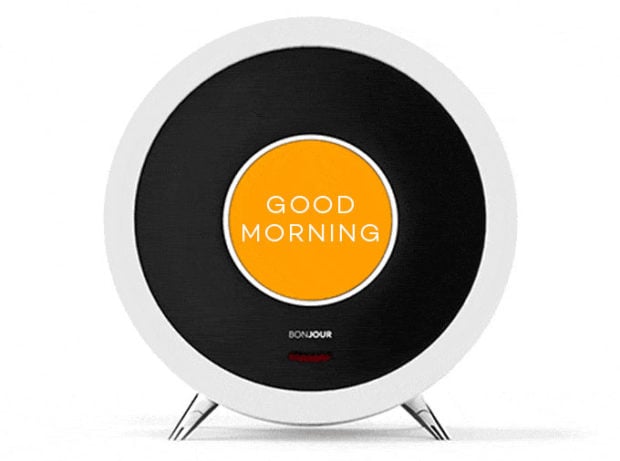 The Bonjour is a smart alarm clock, which is able to access things like the weather and mapping information to tell you if traffic is heavy and if you need to leave earlier. On the flip side if traffic is light and you can wait later to leave it will tell you. If you wanted to go for a morning run, but it’s raining out, you can set it to only go off if the weather is nice.  It has no buttons, and is entirely controlled by your voice.

You can use it to control music playback, as well as connected devices like the Nest thermostat. Bonjour is on Kickstarter and blew its humble $50,000 fundraising goal out of the water, having raised over $130,000 with more than a month to go. A Bonjour will set you back $109 or more and will ship in June 2017. I rather want one of these things.