I’ll be the first to admit that I can’t even walk into Walmart and cobble together a Halloween costume for my kids. Not Renz2LK so much. This guy made his son one of the coolest Halloween costumes of the year. It’s optimus Prime complete with a helmet. 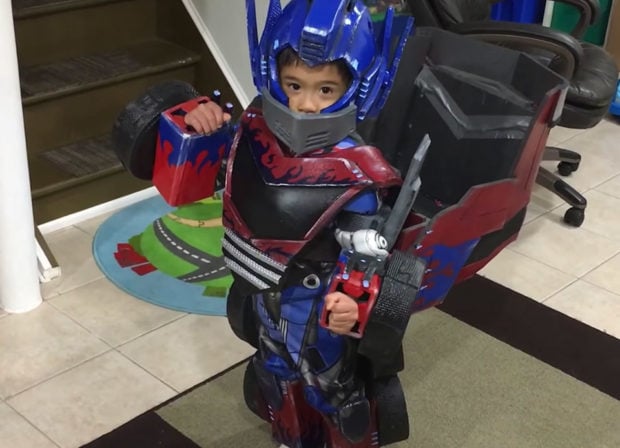 When the kid flops down, the costume transforms from robot into semi truck:

The costume was made from scrap pieces of EVA foam, though it looks like there’s some duct tape in there too. The underlayer is a store-bought Optimus Prime costume. Apparently there are some LED lights too, but they’re not shown in the video:

It has a decidedly homemade look to it, which isn’t bad. It’s not as polished and pro level as that Empire Strikes Back Costume we saw a while back, but it’s still pretty awesome.