We’ve seen our share of amazing jack-o’-lanterns over the years, but you know who makes the best pumpkins? NASA. Makes sense. If you can put a man on the moon and explore outer space, cool pumpkins should be no big deal. 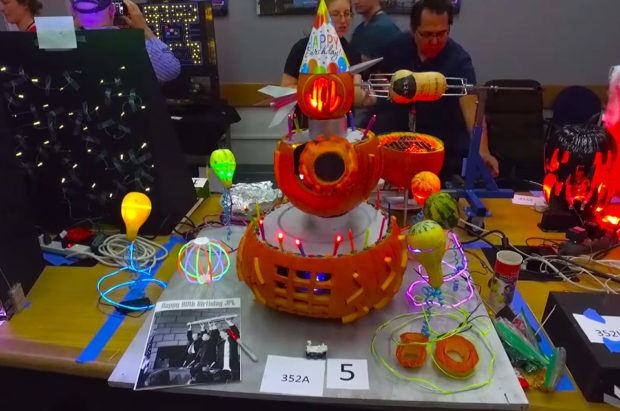 The space agency holds a workplace pumpkin-carving contest every year, and when you are talking about the crafty folks at Jet Propulsion Laboratory, you know that these pumpkins will be stunning. These guys are engineers of the highest caliber. These guys create pumpkin art like no other. They are given an hour to pick their pumpkin, get to know it’s dimensions and so on, then they are not allowed to see it again until carving day. They spend the time in between planning.

Check out some of this year’s awesome and inspired creations in this video from WIRED:

These pumpkins are just amazing. That alien cow abduction one is brilliant. These folks could do any task you threw at them.

[via Metafilter via Neatorama]