Looking for a dirt cheap last minute Halloween costume? Just use those Amazon boxes that you have lying around and create a Transformer. Caron Arnold, a creative director of Fusion Marketing agency in St. Louis came up with this version of Optimus Prime made from cardboard Amazon Prime boxes. 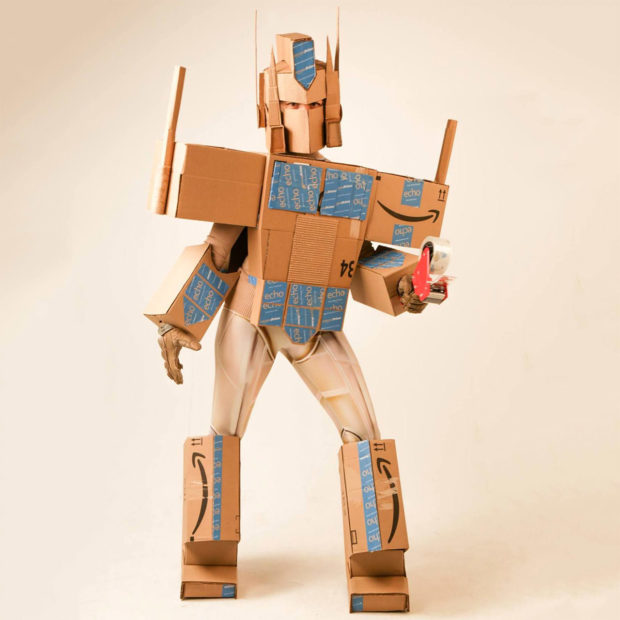 She used all of the Amazon boxes she had from her orders and had some help from her colleagues for the rest. Arnold says she has no affiliation with Amazon and that it was solely her idea, but she is in marketing so who knows. Either way, it’s a great costume.

Her inspiration came from the Optimus Prime Costume by Instructables user Danny Eurena. Obviously she won the Halloween costume contest in her office.