The Apple Watch has no cameras of its own, mostly because there would be a battery life issue. Instead, it can just be used to control the cameras on your iPhone. If you want cameras on your wrist, a company called Glide is showing off a new product that is a watch band for the Apple Watch that adds two cameras. 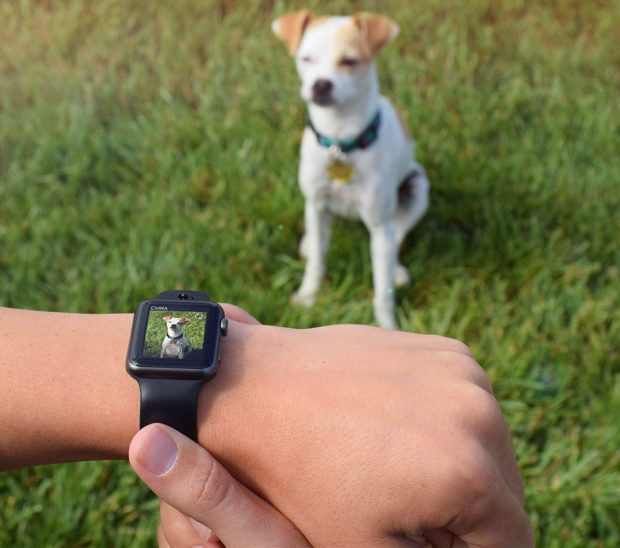 One of the cameras on the CMRA strap faces the user and is a 2MP unit for selfies and video chats. The other camera faces out, and can shoot 8MP images. The strap has an internal battery good for hundreds of photos or 30 minutes of video, and 8GB of storage, and works with a companion Watch OS app. 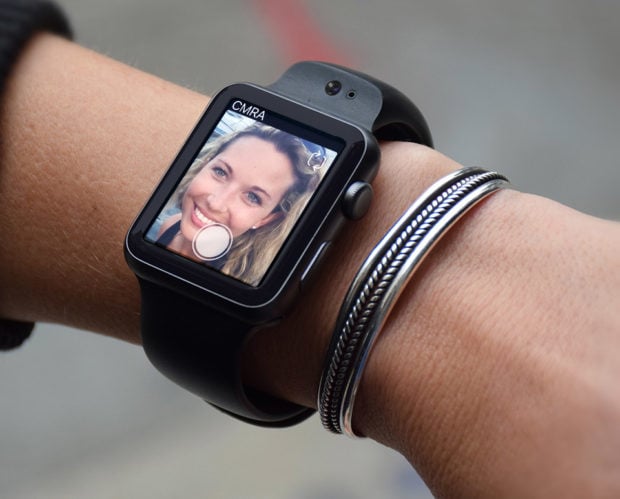 The CMRA comes with a special charging stand that will charge the strap and watch at the same time. That charger also has an internal battery for charging away from an outlet. 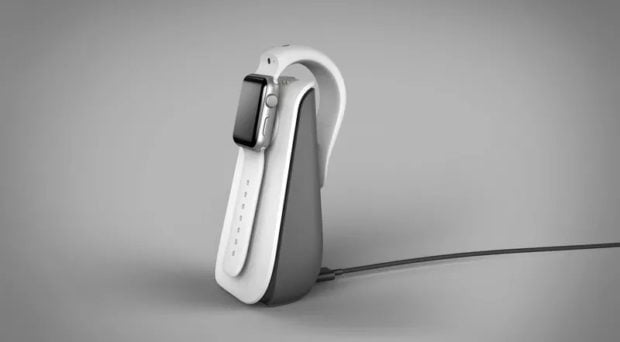