Skunklock may sound like a detention center for skunks, but it isn’t. Although that would be awesome too. As much fun as a maximum security skunk penitentiary would be, Skunklock is actually a very special lock for your bike. Basically Skunklock makes thieves puke their guts out, which is honestly the least that a bike thief deserves. 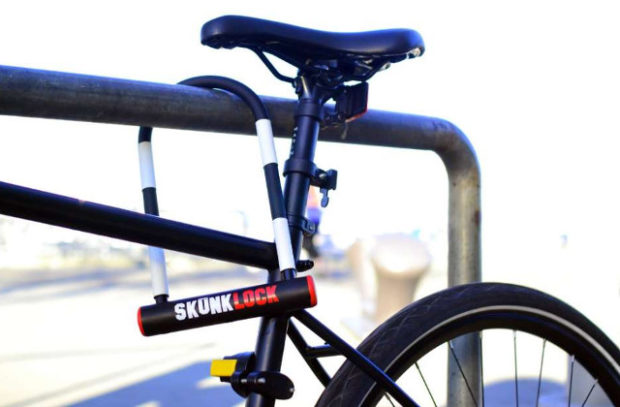 This $120 bike contains pressurized noxious chemicals that can make a bike thief vomit when the lock is cut. So basically it makes them very sorry for their life of crime.

If you come out of the building and see a bunch of people standing around your bike, just look for the guy hurling his guts out and you nabbed the perp. There are just two potential problems with this idea: 1) the barfing thief might still take off with your bike, and 2) you might have a hell of a time getting the smell off of your bicycle if he does run away and leave it behind. Regardless, Skunklock has already been funded with an Indiegogo campaign, so you should see this on the market soon.