[Warning: Walking Dead Season 7 Spoilers Ahead] The Walking Dead can be brutal. The first episode of Season 7 was about as harsh as it comes, with Negan’s deadly baseball bat meeting bone, brains, and blood.

When Abraham got his head bashed to pulp I was ok with that. I mean I had been waiting for him to die for a while; that seemed to be the only reason he was part of the show. I had kind of hoped that Carl would die, but the chances of that happening were about as big as the chances of Daryl getting pulped. After Abraham met his maker, I didn’t expect Glenn to get his eye smashed out of his head though. Damn, they killed off two characters!

If you’re thinking about cosplaying as Negan, you can grab your own Lucille replica at Entertainment Earth. 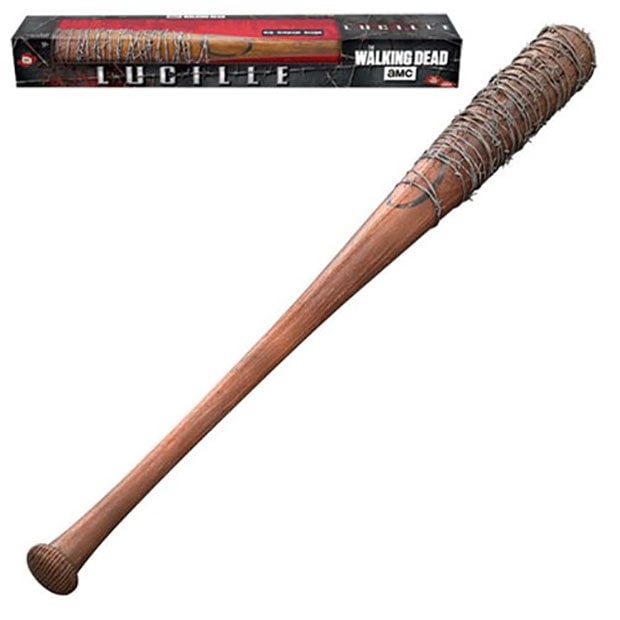 The replica will ship this month for $29.99(USD), and looks just like the bat from the show complete with barbed wire. As realistic as it looks, this bat is made of plastic, so you won’t be able to use it to become a warlord in the event of zombie apocalypse.